Give Me Pork Roll Or Give Me Death! 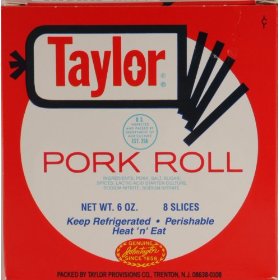 In the Winooski, Vermont, Save Jerseyans, we have our latest example of political correctness run amok.

The restaurant “Sneakers Bistro” decided to remove an advertising sign, something they were permitted to display by the city for sponsoring a beautification project, which referenced bacon after a Muslim woman reportedly complained about it in a community forum.

Sneakers Bistro removed the sign out of ‘respect for diversity’ and ‘concerns for safety.’

What safety concerns? The safety of the woman who complained?

The complainant said she was personally offended by the sign, believing it to be “insensitive to those who do not consume pork.” She could have freely left the establishment if she was offended. That was her right.

Is denying everyone else’s rights to bacon acceptable? And wouldn’t removing the sign actually make the restaurant less diverse by respecting the wishes of one group and eliminating a custom that has been as American as apple pie: bacon at breakfast? Going forward, must every eatery remove bacon and pork for fear of giving offense?

There is a difference between being politically correct and being open minded. I don’t drink or smoke; should I be offended by signs for beer, alcohol, and cigarettes?

In my humble opinion, “insensitivity” is most clearly demonstrated when you dictate to the dominant culture with established traditions which customs it’s allowed to retain despite that dominant culture’s best efforts to bend over backwards and accommodate your own. The majority of Americans are tolerant and respectful of those customs. Resentment arises only when tolerance and respectfulness are abused and treated as invitations to steamroll other peoples’ traditions. Tolerance is a two way street! 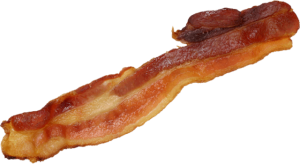 Our country isn’t without its faults, but even so, she is still the best damn country in the world. We may complain; the beautiful part is that  we can do it without fear of being shot, beaten, stoned, or whipped. Or being forced to accept someone else’s opinion of our own behavior provided our behavior isn’t transgressing their rights.

This country’s freedoms were bought and paid for by all of those who gave the ultimate sacrifice for our customs and way of life. Those customs have been part of America for generations… only now to be bullied out of existence by individuals who never lifted a finger to defend this nation? Because they’re offended?

Nobody forces another to come to this country and if you don’t like what you see when you get here, then you are just as free to leave and move anywhere else in the world that is more to your liking without fear of ramifications (except for perhaps the place you’re moving, since few places are as free as here).

Give me liberty – and Taylor Ham – or give me death!

3 thoughts on “Give Me Pork Roll Or Give Me Death!”