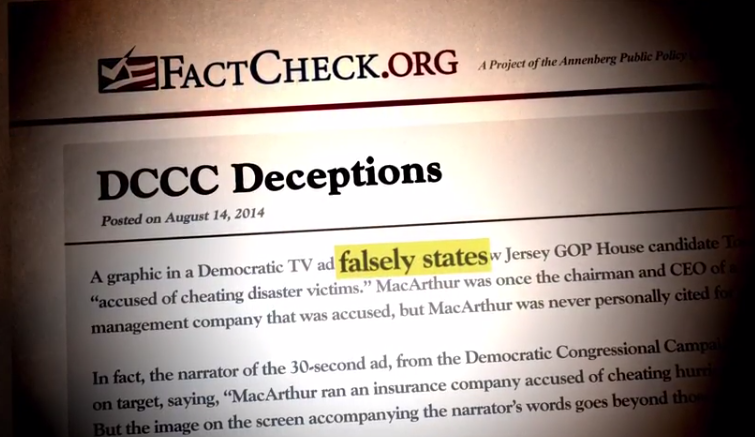 How long before the DCCC decides NJ-03 isn’t worth the money propping up a weak NJ-03 prospect in a toxic Obama backlash cycle, Save Jerseyans? Your guess is as good as mine, but today’s development might help them along.

Just days after the national Democrat congressional organization was, in an unprecedented move, forced to pull back an objectively slanderous TV ad aimed at Republican nominee Tom MacArthur, the GOP campaign is counter-punching with the second of a two-part counter-punch intended to blunt the impact of an estimated $100,000 per week Democrat television buy leading up to Labor Day Weekend: