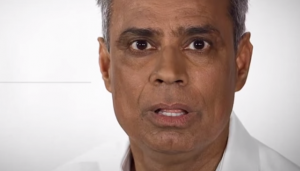 New Jersey’s branch of Americans for Prosperity isn’t happy about Asm. Upendra Chivukula’s elevation to commissioner for the Board of Public Utilities (BPU).

“Asm. Chivukula has time and time again demonstrated an allegiance to a fanatical environmentalist lobby and pursued a cronyist agenda of forcing taxpayers to subsidize costly and inefficient wind turbines and solar panels,” Proto continued. “He has also supported the job-killing RGGI cap-and-trade electricity tax. As Chairman of the Assembly Telecommunications and Utilities Committee, virtually every piece of legislation he has pushed would mean lost jobs, lost opportunity and higher rates for all New Jerseyans.”

Internal Democrat politics could still derail the nomination of one of Trenton’s most liberal and combative legislators but, according to Proto, AFP-NJ doesn’t want to take a chance give the risk of turning this guy lose on New Jersey’e levers of energy policy-crafting power.

“AFP therefore calls on the members of the Senate Judiciary Committee to reject his appointment whole cloth and calls on Gov. Christie to nominate a qualified individual who will put the interests of New Jersey families and job creators first.”

The organization says it plans to count any future confirmation vote on its Taxpayer Scorecard.