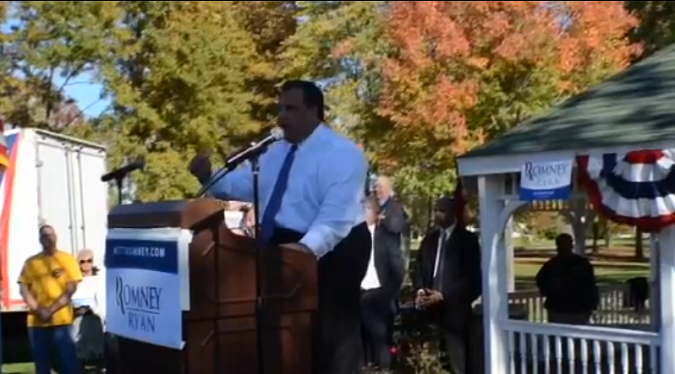 October arrives this week, Save Jerseyans, and Captain Clutch may be retired but the political world is kicking into high gear.

Governor Chris Christie is heading to Wisconsin and Ohio on Monday; he’ll attend events for Governor Scott Walker and Governor John Kasich, respectively, at a time when the former is clinging to a slim lead and the latter is leading in polls by Christie ’13 margins.

That’s good news for the RGA Chairman. Less good? A potential override of an absolute veto back on the home-front.

The bill at issue, A-961, would’ve required the state to prepare an annual “affordability analysis” of estimated state revenues and debt over the course of a decade. It’s not every single day that you see Jay Webber and Vince Prieto signed on as primary sponsors of the same legislation but, sure enough, A-961 made it happen. Maybe even the fools precipitating our tax-and-spend-and-borrow-and-repeat crisis know, on some level, how bad it’s gotten?

“Unfortunately, because of the highly speculative nature of the factors to be considered, the ten-year debt affordability analysis proposed by this bill will not serve our policy-makers, or our citizens, well,” he concluded. “Imposing a ten-year time horizon on revenue and debt service affordability estimates creates a reliance on nebulous predictions of the future of national, state, and local economies, politics, legislation, and tax and revenue policy.  As such, the Commission would be forced to produce a speculative report that would be of little value in making future debt determinations, but may adversely and erroneously affect the State’s bond rating.  Rather, by continuing to rely upon our current annual debt assessment, which uses concrete figures drawn from dependable estimates and ratings, the State can reliably account for the affordability of its present debt.  Moreover, we can also begin to understand how the hard decisions our State must make to reform its pension and benefit system will impact the State’s ability to afford future spending.”

7 of 32 Assembly Republicans would need to cross over and join all 47 Democrats to achieve an override. Six GOP Assembly members (Webber, O’Scanlon, McHose, Space, Rodriguez-Gregg and the Burlington Brown) sponsored it the first time around.