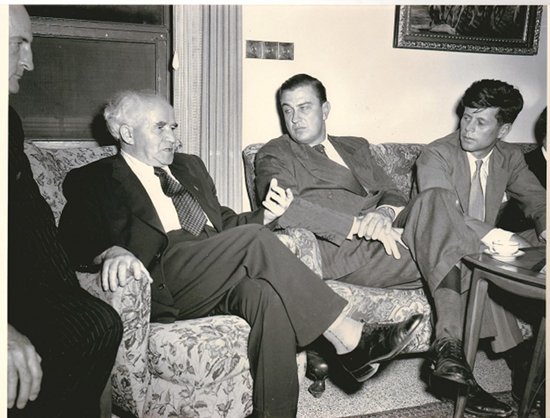 By Joshua A. Sotomayor-Einstein | The Save Jersey Blog

The recent Gaza War has demonstrated that the era of bipartisan support for Israel is over. Republicans overwhelmingly sided with Israel, while Democratic leaders hemmed and hawed over every conceivable statement calculated to alienate the least amount of radical far-left, anti-Israel activists.

From Hillary Clinton’s justification of Hamas human shield tactics (“Gaza is pretty small and very densely populated”) to the FAA’s politically-motivated Israel flight ban; from the suspension of visas for Israelis to the White House condemnation of Israel for firing in the vicinity of UN-run school from which it was receiving fire; and the Obama Administration’s continued pressure on Israel to halt military operations, the Democratic Party has shown it is no friend of the Middle East’s only democracy.

On the right, even Sen. Rand Paul, the GOP’s leading proponent of “non-intervention,” voted for congressional funding for the Iron Dome defense system, which has intercepted hundreds of Hamas rockets targeting Israeli cities and civilians.

While the Democratic Party has been busy searching for non-committal statements meant to appease its leftist base, the Republican Party – from its moderate wing to its more conservative and libertarian factions – stood and continues to stand with Israel.

The American Jewish community should not be surprised by the Democratic abandonment of Israel. From the booing of Israel’s capital of Jerusalem at the Democratic national convention in 2012, to the disastrous Clinton-era Oslo idea that convinced Israel to import 20,000 PLO terrorists to police and control the West Bank and Gaza on its behalf, the Democrats have repeatedly failed on Israel.

The American Jewish community should reconsider its party affiliation, not just because of Israel, but because the Democratic Party has failed dangerously on all policy fronts, foreign and domestic. From their for-it-before-they-were-against-it stance on the War on Terror to their all-but-cheerleading for the surges to fail before claiming credit for their success; from retreating and ceding Iraq to warring Sunni and Shia fundamentalists and planning to do the same in Afghanistan (which they once labeled “the good war”), Democrats have caused chaos on a truly international scale. From the party of flip-flop to the party of endless American apologies, this wrongheaded retreat into Fortress America is an isolationist wet dream and antithetical to Jewish values.

Whether President Obama’s 2010 boast that he had “succeeded in resetting” relations with Russia (whose dictator openly regrets the fall of the USSR) or his failure to enforce his own “red lines” in Syria, the world sees a weak America and genocidal actors have been encouraged. Just as importantly, the Democratic Party, from the executive branch to certain members of Congress, has weaponized the IRS. Not even Nixon was able to corrupt, control, and manipulate the IRS into persecuting political enemies and preventing citizens from engaging in public debate on this scale. It’s not merely that a mom and pop pro-Israel organization, Z Street, has been put through the ringer because according to an IRS agent “the activities of the organization contradicted the public policies of the administration,” it’s the institutional damage done to our democracy by weaponizing a formerly nonpartisan IRS. Adding to the institutional danger is the complete lack of accountability as all traces of IRS emails are somehow “lost.”

The American Jewish community should switch political affiliation post haste. The Democrats have been disastrous for the domestic institutions of our democracy, put undue pressure on the Middle East’s only democracy, failed at promoting democratic values overseas, and have allowed dictators around the world to engage in wholesale murder with no consequences. The GOP is united in its support not just for Israel, but the basic idea of classical liberalism – the idea that no one should be able to use government to persecute or harm another – whether at home with the IRS or abroad with foreign tyrants engaging in genocide.

8 thoughts on “The American Jewish Community Should Join the GOP”