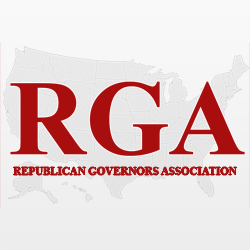 The Republican Governors Association (RGA) is waging some tough defensive battles (22 seats including ME, WI, PA, FL, KS, AR) this year, Save Jerseyans, but if the GOP ends up losing a net number seats, it certainly won’t be for lack of money.

On Wednesday, the Christie-led organization announced a $21.5 million haul in third quarter of 2014; that brings its year-to-Sept. 30th total to $72 million raised.

When all is said and done, the RGA will have drawn from a pool of roughly $100 million for the 2014 cycle.

“As we enter the home stretch of this election cycle, the RGA’s fundraising strength lends strength to our governors and candidates, putting them in position for victory,” said RGA Chairman Chris Christie in a press release. “The resources we use to elect and re-elect Republican governors are a direct reflection of support for the leadership and results they provide to their states through sound policy and practical governance. In this final march to Election Day, the RGA is in strong position.”

2016 continues to loom large and Christie’s self-styled reputation as a fundraiser and a party man is on the line; hence, why he’s spent roughly 1/3 of his second term (to date) on the road outside of New Jersey. He did, however, cancel another RGA event in Connecticut on Tuesday to attend the opening of the Ann Romney Center for Neurological Diseases.