Cho Proves Lies Can Get You Close 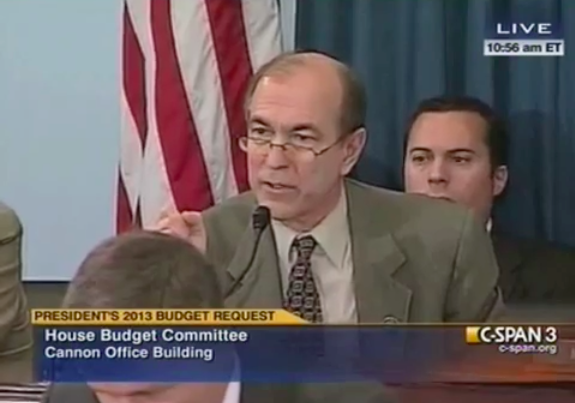 It looks as if Rep. Scott Garrett could, after all, end up having the longest election night of any New Jersey incumbent this year, Save Jerseyans, assuming new survey results from Patrick Murray’s Monmouth Polling Institute are accurate.

“This race was not even a blip on most political prognosticators’ radar screens.  It should be now,” said Murray, who serves as director at the Polling Institute.

What gives? Sandy politics. Garrett leads on the tax issue and enjoys greater name recognition, but 35% say he did a bad job helping New Jersey writ-large recover from Hurricane Sandy while only slightly more – 38% – disagree. Granted, 47% believe Garrett did a good job for his actual district, but his opponent’s criticism over having initially criticized the pork-laden and quickly-rushed recovery package seems to have caused at least some damage.

“While the fifth district was relatively spared from Sandy’s wrath, a significant number of voters there have doubts about whether Garrett’s actions were helpful for hard-hit residents in other parts of the state,” added Murray.

Their doubts are the product of misinformation. In addition to doing a bang-up job with constituent services (a claim which the poll wouldn’t seem to contradict), Rep. Garrett DID vote for the January 2013 emergency package. “Today, I joined my colleagues in the House to pass emergency funding to help the victims of this devastating storm,” he said in a statement at the time. “As someone who has been on the ground and helped clean up damaged homes, I know the days ahead will not be easy, but I am confident that New Jersey will come out of this stronger than ever before.”

And as it turns out, Garrett’s skepticism to the package, as originally constructed and pitched, was largely on the mark. But you and I know all-too-well that “a lie can get halfway around the world before the truth has a chance to get its pants on,” Save Jerseyans. Cho is a good liar so it seems, and he’s making hay mostly in the bluer Bergen section of the district. Now Rep. Garrett needs to double down and fight.

Lies got Cho in the game. The key question now? Whether the DCCC or other outside groups (like the House Majority PAC) decide to roll the dice on Cho in the 11th hour as they pull out of district like NJ-03 that aren’t producing results. He’ll likely need their cash to beat Garrett; close, after all, only counts in horse shoes and hand grenades.

FYI – the Monmouth University Poll interviewed 432 voters between October 10th and 14th who are likely to cast ballots in New Jersey’s 5th Congressional District this November. The margin of error was +/- 4.7%.

4 thoughts on “Cho Proves Lies Can Get You Close”