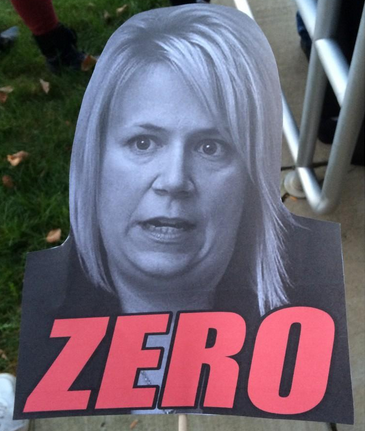 I’ve been asked by more than a few readers where this year’s New Jersey federal candidates stand on the critical Second Amendment question.

The NRA-PVA isn’t infallible (they endorsed Harry Reid in the past before “breaking up” in 2013) but the organization does important work; here are this year’s ratings for our Garden State races from its official questionnaire.

Guess which candidate in a major contest sat on her hands and refused to answer?

Apparently, every other Democrat answered (or has a voting record) other than her. Kind of disconcerting for a strongly Pro-2A district loaded with military families and sportsmen? You bet!

Give her some credit for consistency. As the Courier-Post noted in its Sunday endorsement of Tom MacArthur, Belgard’s campaign has boiled down to “talking about talking.” I described it as a “click and paste” campaign back in June. Her issues page doesn’t even mention the Second Amendment and she’s made very few 2A-related public comments.

Incumbent Rodney Frelinghuysen (R, NJ-11) got a B- for being a “generally pro-gun candidate” during his time in the House, and Chris Smith (R, NJ-04) earned the only C+ for a “mixed record” on gun legislation.

Every New Jersey Democrat, incumbent or challenger, received the F rating (reserved for a “[t]rue enemy of gun owners’ rights”) except, again, for Belgard who doesn’t have a record and didn’t bother to answer.