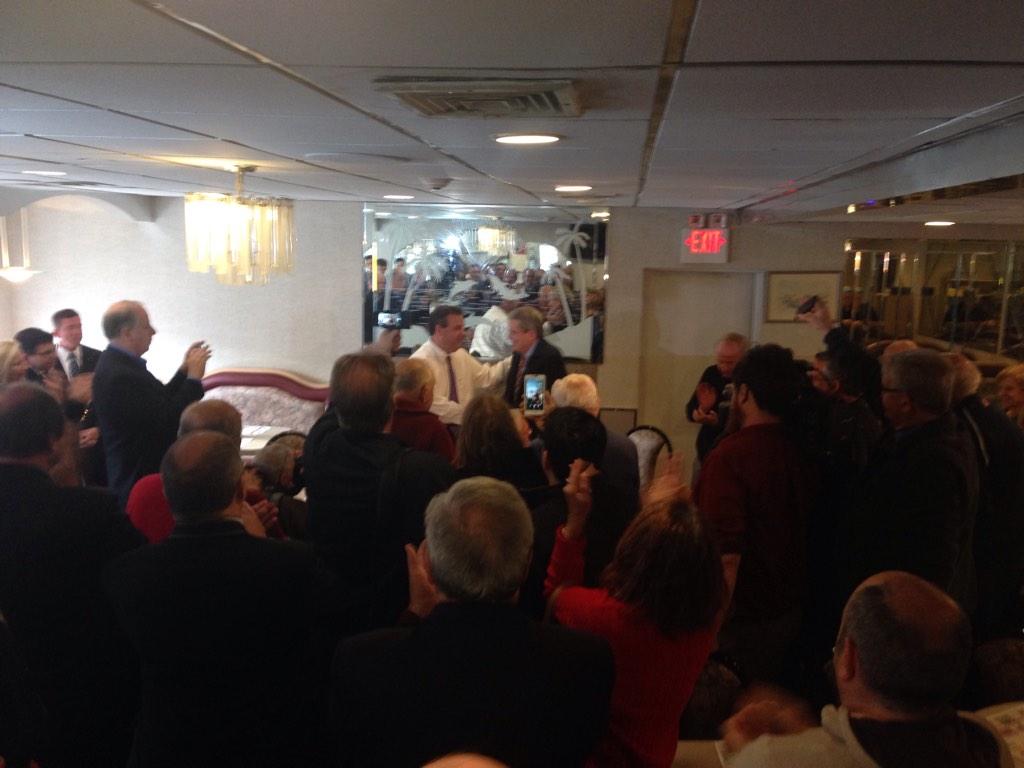 The Bridgegate-embattled New Jersey Republican establishment opted out of taking an active role in the 2014 U.S. Senate primary, Save Jerseyans, a move which allowed the politically-savvy Reagan campaign veteran Jeff Bell to manufacture an upset victory on the June ballot.

It’s been all uphill from there.

But you’d never know it Monday morning at the Morristown Diner where Governor Christie, in full campaign mode ahead of another two-day out-of-state RGA swing, once again stood side-by-side with Bell and laid into his fair weather friend Cory Booker (D-Twitter) for consenting to only one debate.

“He’s got time now. There are still fourteen days,” Gov. Christie said. “I’m sure there are plenty of people who could step forward and sponsor a debate and add debates to the current schedule, and I call on the Senator to do that.”

This Saturday, October 25th, the League of Women Voters will sponsor the only debate between Bell and Booker, broadcast via WPVI-TV Philadelphia and WABC-TV New York. ‘Cause Saturday is the best time for a debate that people will actually watch… [sarcasm]

The Governor, who has headlined two fundraisers for the Bell campaign in recent weeks, demurred when asked by reporters to weigh in on Bell’s controversial Gold Standard push, preferring instead to focus on their many commonalities. Bell continues to receive criticism for harping on monetary policy rather than, for example, then-Newark Mayor Booker’s potential role in the facts underling a recently-confirmed “Watershedgate” federal probe.

Refusing to take the bait, Christie insisted he and Bell agreed “a heck of a lot more” than he did with Senator Booker.

Booker is sitting on a 12.3-point lead in the RCP average; the most recent polling result showed Bell down but by only 9-points.