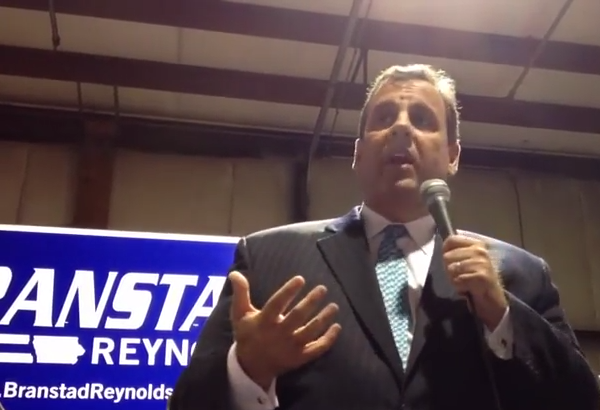 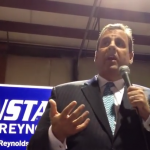 While the GOP may be favored to capture the Senate and expand its House majority on November 4th, Save Jerseyans, gains in our nation’s governor mansions appear to be more elusive.

It’s complicated. To be fair, RGA Chairman Chris Christie had his work cut out for him from day numero uno. Big time. Unlike the Senate picture, this year’s gubernatorial battleground map is heavy on Republican defenses. How heavy? No less than nine GOP incumbents are running for reelection in states where Barack Obama won in both 2008 and 2012. An all-but-certain GOP loss in Pennsylvania coupled with a narrow but real Democrat edge in Maine have, cumulatively, kept New Jersey’s Governor on the road, almost constantly, visiting diners and raising money.

So this morning, Gov. Christie will wrap up a retail stop with Jeff Bell in Morris County and depart immediately thereafter for Kansas and Colorado and then, on Tuesday, he visits Maryland, Illinois and Michigan.

But make no mistake about it: the urgency felt by Team Christie extends well-beyond the sky-high stakes of Election 2014.

The Washington Examiner recently broke down Christie’s alleged 2016 “road map to the White House” by looking at his RGA travel/target list as of early October. And yes, there’s validity beyond the speculation.

Let’s face it: love him or hate him, Governor Christie isn’t going to win a GOP presidential primary by running as the “conservative” stalwart or firebrand. Ain’t happening. It’s not fair to call the Governor a liberal as has become fashionable in the conservative media echo chamber (he’s definitely not, as last week’s radio exchange with a retired public employee clearly demonstrated), but he also won’t be the most “consistent” conservative in the race barring some extraordinary development in the prospective candidate pool. That title will likely be claimed by Marco Rubio, Ted Cruz, Rand Paul, or another federal legislator who lacks an executive record (which is why the Christie people are much more concerned about a Walker or Jindal candidacy than most of the other notables’ efforts, but that’s a discussion for another time).

Nope. If he wins, it’s going to be a victory born of a combination of (1) overpowering resources and infrastructure and (2) the “I’m more electable” argument. Electability and a demonstrable history of party-building go hand-in-hand, so in the Iowa eateries, New Hampshire town halls and televised debates, we can expect him to talk a lot about (2A) his 2013 pre-Bridgegate blow-out victory – what I’ve called the “improvised landslide” – and (2B) a track record of party building in 2014 as RGA chairman.

Chris Christie wants a net gain for the GOP at the state level. If that doesn’t happen (and it looks unlikely, though not impossible, just two weeks out), he wants to be able to celebrate Republican wins in places like Massachusetts, Michigan and Wisconsin as unimpeachable proof of his ability to win in blue states.

Relying solely on his New Jersey record is more difficult to do in a Republican primary since he’s emphasized bipartisan deal-making and Bridgegate defensive tactics to survive at home in the two years leading up to Iowa and New Hampshire.

I’m loathe to say anything is do-or-die given the fluid nature of politics and the unique political skills of this particular candidate, Save Jerseyans, but a strong Election 2014 for Governor Christie (however it’s ultimately defined by the people driving the discussion) is close to it.

3 thoughts on “Christie’s Most Important Election?”