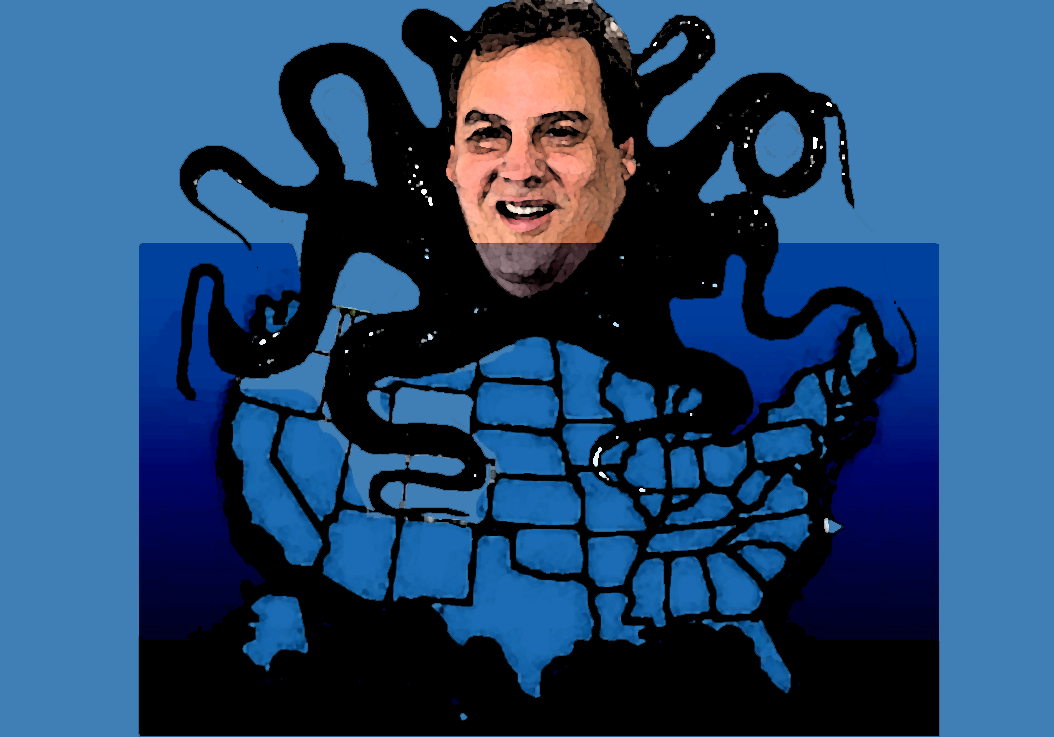 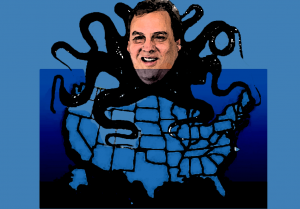 No one can rule Chris Christie out for 2016, Save Jerseyans. Not yet. He’s a talented politician, he can raise big money and, least discussed of all favorable factors but arguably among the most critical, the embattled Governor can claim a considerable nationwide of network of battle-tested operatives (not including his RGA staff) who are fiercely loyal to his political organization masterminded and spearheaded by super consultant Mike DuHaime and, until recently, former Christie campaign manager Bill Stepien.

The effect of Stepien’s absence can’t be understated; it’s the broken bulb on your Christmas tree that blacks-out out several other strands in addition to its own. The loss of “Step” (as he’s known back in New Jersey by those holding a favorable or neutral opinion of him personally, or at least professionally) has been a real drag on the Governor’s in-state political operations.

Still, as you’ll see below, Team Christie had successfully deployed its key talent in all four corner of the country since the reelect cycle wrapped up in November 2013 but before Bridgegate took the wind out of its sails; targeted locales notably included states with early primaries including New Hampshire, Nevada, Iowa and Florida.

Note: these names are also only the tip of the iceberg in terms of Christie campaign-generated capital for the GOP; other Christie World figures, past and present, are either kicking around in New Jersey working in various state, legislative or county political capacities to draw a paycheck while waiting for activation (the list is long) or have long-since moved on to other major campaigns within the extended RGA orbit like South Jersey’s Tim Saler, a Christie ’09 field veteran presently working for Rick Scott…

Tom Dickens, Political Director: Dickens now serves as the Deputy National Field Director at the RNC. He boasts significant experience in battleground states, having worked the Scott Brown special election in addition to for the Wisconsin State party during both the Walker campaign and Walker recall. Dickens’s other experience includes a stint as Florida Victory director in 2012 for Romney.

Edith Jorge, Hispanic Coalitions Director: North Jersey political operative former NJGOP, now Political Director for Susana Martinez re-election–Martinez is a strong Christie ally–she was the only Gov to come into NJ to campaign for him, and he has already been in NM to campaign for her. Martinez is regularly named as a potential VP for Christie in 2016. Hispanic, female, former prosecutor.

Dave Huguenel, Regional Political Director (Central Jersey): a former Jamestown Associates operative and NJGOP alumnus, he originally cut his teeth in his home state of Louisiana. Now the political director of Oregon’s House GOP leadership PAC, Dave made a stir in Oregon (and a name for himself in national circles) when he produced this video.

Caitlyn Schneeweiss, Regional Political Director (South Jersey) – another former NJGOP operative, she spent a brief stint in California as a fundraiser for Neel Kashkari’s gubernatorial campaign; Caitlyn is now the director of operations for the campaign of New Mexico’s Susana Martinez, a close Christie ally.

Ron Holden, Deputy Director of Operations: Presently the Director of Briefings in the Governor’s office, he worked in Colorado for the Romney campaign.

Theresa Vaccaro, back in the Christie orbit as of late working as Rodney Frelinghuysen’s campaign manager. She formally worked as a Christie 2009 staffer and, later, as Director of Voter Contact for Romney in Iowa in 2012.

Correction: an earlier version of this post incorrectly listed Dave Huguenel as the “executive director” of the Oregon House GOP; his correct title is political director.