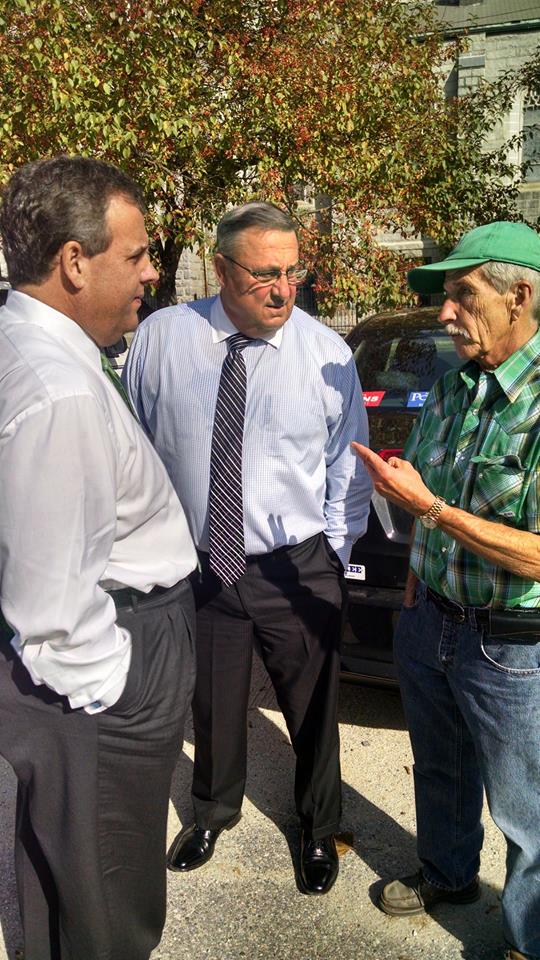 Governor Chris Christie’s successful tenure as chairman of the Republican Governors Association (RGA) is already paying off, Save Jerseyans.

One day after his announcement in New Jersey, the newly-minted presidential candidate took a detour from a packed New Hampshire schedule to visit the state’s northern neighbor and claim Governor Paul LePage‘s formal support:

Governor Paul LePage, is the first Governor to endorse and I'm so honored to receive his endorsement. I thank him for his confidence and friendship. #christie2016

“He’s a great friend. He and Ann have been great friends, and I look forward to spending some time with him tomorrow,” Christie said according to WMTW.

Governor Christie, in his capacity as RGA chairman, was a fixture on the 2014 trail in Maine for LePage’s reelection campaign…