Pezzullo is a fan favorite surrogate for Bell 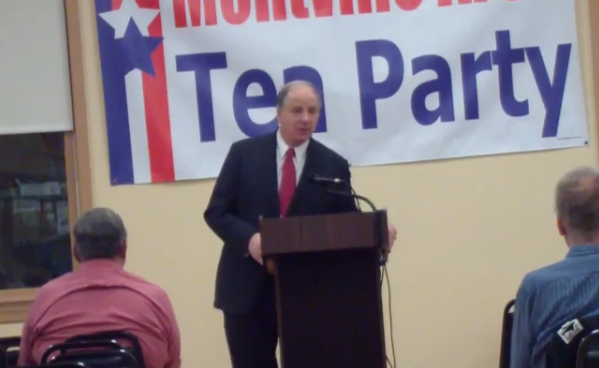 He lost to Jeff Bell by only about 3,000 votes in June’s unconventional NJ GOP U.S. Senate primary, Save Jerseyans, with only a handful of lines and little in the way of a formal campaign organization, but since that time, Pezzullo has tirelessly stayed on the campaign trail as a surrogate for Bell at Republican and Tea Party events around the the Garden State, delivering the same passionate and articulate stump speeches that attracted positive attention from county committee members last spring.

“I’m doing it for the same reason I entered the race in the first place – Booker is bad for New Jersey and worse for our country,” Rich said, matter-of-factly, when I reached out to him to discuss his busy campaign surrogacy calendar. “He needs to be stopped, and only the voters can do that.”

He doesn’t consider it a chore.

“I enjoy doing it because the volunteers and activists appreciate the work being done by everyone who is trying to help the party, state and country,” Rich continued. “Our strategy of driving our volunteers to local races rather than trying to run a top-down race has earned the campaign a lot of friends around the state.”

4 thoughts on “Pezzullo is a fan favorite surrogate for Bell”