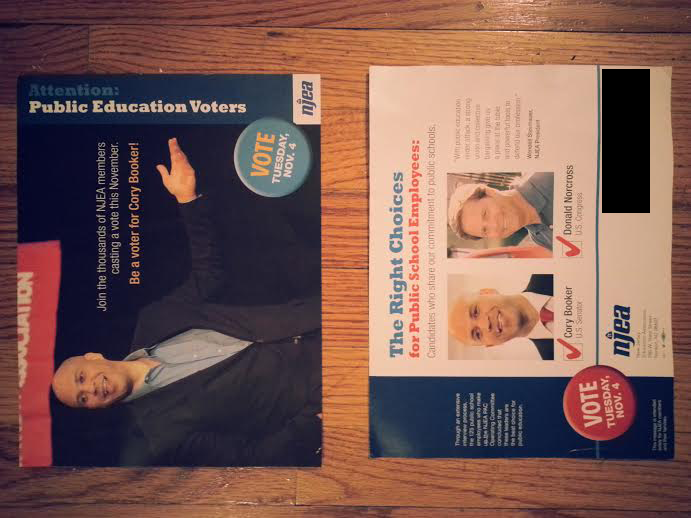 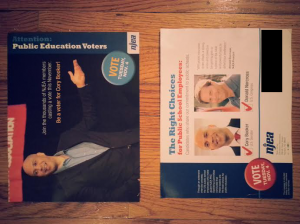 The New Jersey (Mis)Education Association (NJEA) claims to represent teachers, Save Jerseyans, but you and I know it’s really a glorified, giant liberal Democrat PAC. And by giant, I mean HUGE in terms of raw dollars spent.

They collect well over $130 million annually in union dues – Gov. Christie very correctly calls it the “slushfund” – and spend countless millions of the raw total on stuff with absolutely NO connection to representing and defending teachers.

Then there’s the regular PAC (see Exhibit A on the right) that spends big “voluntary” member money on millionaires like Cory Booker and union/political boss Donald Norcross, both of whom are running in relatively safe races. Some investment, right?

And then there’s the rest of it…

Background: at the moment, the NJEA has a PAC (which claims it doesn’t run on union dues) but also a Super PAC (which, as NJ Spotlight pointed out last cycle, does run on union dues). Millions of Super PAC, dues-funded, and therefore taxpayer-financed teacher paycheck dollars, were used to influence the 2013 legislative and gubernatorial elections.

But as APP’s Bob Ingle has pointed out in the past, the NJEA pretends to be a non-profit yet refuses to open its books and explain how some of its obvious on-the-clock politicking gets done. It’s all somewhat of a fiction anyway, right? Like Planned Parenthood claiming that public funding doesn’t cover abortions when, were it not for that financing, there wouldn’t be a building, electric hook-up or staff to perform them. Ridiculous… and insulting to our intelligence.

So what’s really going where? And how is it all spent?

Well, we just have to take their word for it!

The other problem with all of this beyond a raw deal for our teachers, of course, is the huge conflict of interest that screws taxpayers inside and outside of our schools.

“Year in and year out, unions spend the most money to have an undue influence on government in New Jersey, which gives their members the most lucrative contracts in the workforce,” said Sen. Tom Kean, Jr., back in 2012, as part of a push to close the union political cash loophole. “Unlike all other interest groups, unions can give unlimited funds to elected officials with whom they are negotiating publicly funded contracts, and also to legislative Democrats in Trenton who they direct to protect the status quo.”

Want to know why Trenton is broken and stays broken? Look no further than the NJEA.

1 thought on “NJEA goes to bat for rich, safe Dems”