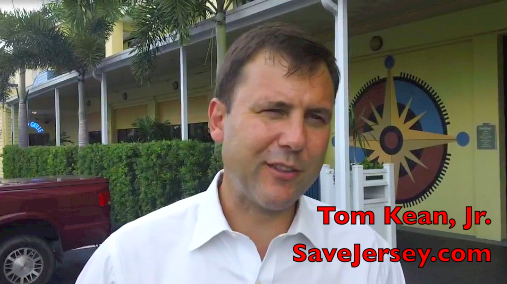 You can click here to see the full ELEC report, Save Jerseyans.

Guess who topped the list? The New Jersey Education Association spent $37,454,678 on lobbying and campaign between 1999 and 2012 (for the children, right?), approximately $11 million more than the next-highest spending organization, an objectively unseemly situation which Save Jersey has been trying to bring to your attention for years. The Communications Workers of America and their minions came in 9th with well over $9 million on the table.

“Year in and year out, unions spend the most money to have an undue influence on government in New Jersey, which gives their members the most lucrative contracts in the workforce,” said Sen. Kean in a statement. “Unlike all other interest groups, unions can give unlimited funds to elected officials with whom they are negotiating publicly funded contracts, and also to legislative Democrats in Trenton who they direct to protect the status quo.”

Senator Kean’s S1917, co-sponsored by Michael Doherty, would force labor unions to abide by the same campaign activity restrictions that any other organization receiving public contracts needs to follow.

You and I know the history of these groups, Save Jerseyans. The Corzine Administration’s infamously seedy dealings with the CWA and massive NJEA spending in legislative districts are reason enough for this bill to get a floor vote despite our general belief that broad campaign finance restrictions are a bad idea. If we ARE going to have strict rules, for goodness sake, then everyone should have to play by them! Most of all those who seek to spend our publicly-contracted tax dollars to influence the disbursement of more tax dollars by the Trenton class.