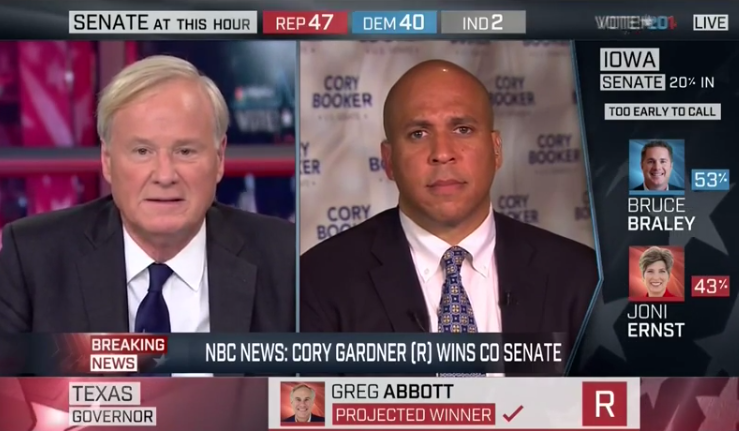 Lots of Democrats behaved badly last night, Save Jerseyans, and you can’t really blame them given the utter electoral DEVASTATION that they’re waking up to today, but Chris Matthews once again led the pack by going into semi-meltdown mode during an on-air interview with New Jersey’s own Cory Booker (D-Twitter).

Matthews wanted to know why the Senate played a “pissant” game and accomplished little, never once considering the role played by soon-to-be-former Senate Majority Leader Harry Reid; MSNBC can’t let logic get in the way of a good ‘ole fashioned shit fit!