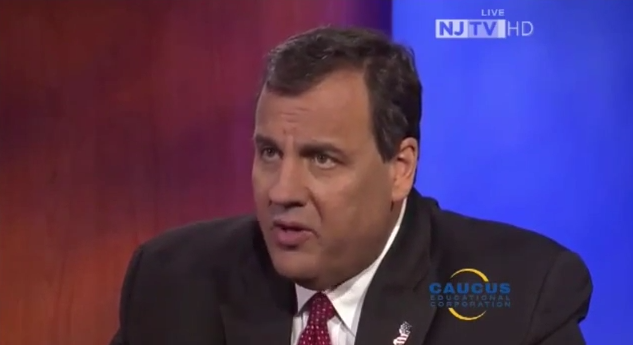 Governor Christie doubled-down on his criticism of President Obama’s Cuba policy shift on Monday night, Save Jerseyans, during a sit-down interview with Steve Adubato aired on NJTV.

Steve Adubato: Governor right before we came on the air Associated Press put out a story from officials in Cuba who basically said, “Absolutely not.” And I know you read it. Basically the Associated Press reported that Josefina Vidal representing the Cuban government has said that every nation has legitimate rights to grant political asylum to people it considers to have been persecuted, that’s a legitimate right. They have said that there is no extradition agreement between the United States and Cuba and they’re wondering who are you Chris Christie to be asking this? The president is not asking for it. So my question to you is this – what pressure will you be putting on the president to ask for Joanne Chesimard to be returned and have you heard anything from the White House on this?

Governor Christie: Well first off I think it’s very interesting the quote you used. She said that every sovereign nation has the right to grant asylum to people who have been persecuted. So Joanne Chesimard, a cold-blooded cop-killer, convicted by a jury of her peers, in what is without question the fairest and most just criminal justice system in the world – certainly much more just than anything that’s happened in Cuba under the Castro brothers – she is now, according to an official of the Cuban government, persecuted.

Steve Adubato: Was the president wrong in not asking for this?

Governor Christie: The president was wrong in not asking for it and the president is getting his proof right now through that comment. The president said this is going to change things in Cuba, this opening up. And another thing she said in that story that you didn’t mention was that she said we’re happy to accept the entire package the president has offered. What did the United States get and more importantly what did those people who are persecuted and whose human rights are violated in Cuba get in return for America now opening up its economic and travel doors and full diplomatic relations with the power and the majesty that that has to have an American embassy in your country.
Steve Adubato: Was it a bad deal?

Governor Christie: It was an awful deal and it is typical of this president, unfortunately, in negotiations. The Iranian nuclear deals extended six months at a time over and over and over again while they continue to move towards a nuclear capability. Now we normalize relations with Cuba without getting anything in return? We have a hostage exchange and that’s what we get in return? We for 50 years have demanded that they have free elections, that they open the internet, that they allow political prisoners to be released. None of those things happened. We’re just going to take that on the come, I guess. Listen what I’m going to do is do what I need to do as Governor of New Jersey which is one of our State Troopers was murdered in cold blood, his killer was convicted and these thugs in Cuba have given her political asylum for 30 years. It’s unacceptable and I’m going to continue to speak out. I don’t know if I’m going to put any pressure on the president or not but I’m certainly going to continue to speak out.