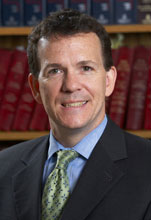 Politicians like to talk about budgetary issues and challenges in pieces -ignoring the big-picture, and inconvenient,  collateral effects of their proposed solutions. Even the public, and well-meaning editorial boards, fall prey to this segmentation mentality hoping there is an answer that doesn’t eviscerate their particular sacred cow.  Throw in the fact that there is a general belief in a magic bullet that will fix our budget problems and you have a dangerous mix of ignorance and irrational expectation.  It is time to clear that up.  Governor Christie is right when he says our budget problems are serious. The solutions are going to be painful.

First, let’s understand that the causes of the problem are rooted in the actions, over the last 20 years, of legislators and governors – Republicans and Democrats – who were either well-meaning, but ultimately ill-informed, or those who consciously opted for political expediency knowing their actions would ultimately bankrupt the state.  The former motivation is sad, the latter reprehensible.

Making certain assumptions about things we can and can’t fund, our structural deficit is around $6.75 billion – inclusive of $1.6 billion in transportation investment per year but exclusive of things we’d love to do like cut property taxes.