For the progressive press, these are “Bah humbug!” times 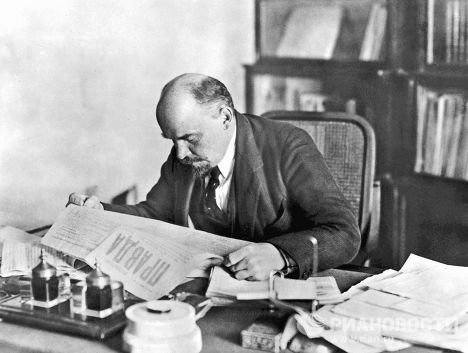 The Grinch came early this year to steal Christmas from progressive “journalism” – I use the word advisedly. With the retraction by Rolling Stone of its highly promoted University of Virginia rape story by Sabrina Rubin Erderly, the mass exodus-in-protest by staff at The New Republic, the announcement that The New York Times will do a significant personnel dump-and-flush, and the exodus of Candy Crowley, President Obama’s 2012 debate secret weapon, from CNN,  for news lefties last week sucked in a “Bah Humbug!” way.

Caught with its journalistic pants down, Rolling Stone’s murky allegations of rape at a fraternity party crumbled to bits within days of publication. What went wrong, you ask? You had a “journalist” – again, advisedly – who regurgitated an unverified claim that “Jackie” (no last name) was raped at the party without bothering to fact-check the allegation or ring up the frat house to ask for comment.

Reminiscent of the 2006-2007 Duke University Lacrosse scandal, the mere allegation of rape was taken as proof of the underlying crime, which makes the Rolling Stone article narrative-driven journalism at its very best worst: cherry pick the facts to suit your pre-determined outcome, ignore fair play and objectivity, which are akin to Holocaust denial and sexist, racist or homophobic patriarchal impediments to a preferred ideological outcome, and go with your biases.

Erderly and the gang at Rolling Stone should check out modern libel and defamation law here. Suffice to say, either they or their insurance companies could soon be writing big checks and paying lawyers huge fees.

At The New Republic, a dozen plus senior-level staff, including the entire masthead, quit in protest over changes dictated by owner Chris Hughes, a co-founder of Facebook who bought the publication in 2012. He has other plans for his new toy rather than kowtowing to those who drove it into a financial ditch.

Angry that Hughes wanted to make the publication more a digital platform and culture, the stodgy staff demanded things be kept as they were, which is why Hayes had to step in and bail it out in the first place. He had an obligation to fund their money-losing, left-wing ego trip, and when he refused to comply, they quit.

At The Times, it was just another day at the outplacement office, where headcount reductions have become the norm over the past few years.  America’s paper of record, now regarded by many as the house organ of the Obama administration, has been treading financial-water for a long time. When cash does not come in the front door, you have to limit it going out the back door – severance packages all around

And then there’s Candy Crowley, who wore her bias on her sleeve. After 27 years in the CNN salt mine, she announced that she would leave the cable network on December 21st, appropriately the first day of winter, in a way that appears to have caught people unaware. Did she jump, or was she pushed?

Understandably, after the lousy, from their perspective, results of the 2014 mid-term elections, progressive journalists are grumpy. But that does not explain the slide they have been experiencing for the past decade – even during Obama’s glory days, their days were getting worse.

Craig’s List and eBay blew holes in the business model of newspapers – I get that. But those with a leftist bent seem to have been particularly hard hit as if to beg the question whether a lack of subscribers is due more to lousy content than online shopping for a used car.

In Seattle, the Hearst-owned Post-Intelligencer, once one of then-three daily newspapers to be published in King County, Wash, shuttered its print operation in 2009.

Then the whining began. P-I staffers, some self-confessed technological Luddites who wanted the world to stay stuck in the ink-stained-wretch era, spent the next several years complaining how life, the marketplace, former readers and others had done them dirt – they had lost their identity and resembled dumbstruck deer in the headlights than men and women pulling up their bootstraps and moving on. It was awful, being on unemployment or reduced to taking freelance or non-journalism jobs. They were owed better than this because without them, American democracy was doomed.

Bailouts – they were entitled to bailouts because mid-20th Century Royal-typewriter and lead-type journalism deserved to be kept alive at taxpayers’ expense. Early in the Obama administration, the idea was seriously considered.

It was the ultimate entitlement mentality, which they share with their colleagues now late of The New Republic. The ex-P-I staffers, and the now-ex-New Republic staffers, as well as many other ex-journalists, morphed into grumpy old men and women now writing mostly fist-shaking, “get off my lawn!” prose – fingernails on a chalkboard.

The broadcast news biz and talk radio are no better. For over 12 years, the left-leaning CNN has bumped along at the bottom of the ratings, while the hard-left MSNBC has barely seen daylight. With terrible ratings come layoffs: CNN this past October, and MSNBC has not known anything else for years.

That is what happens when one of your commentators wears tampons as earrings in the ongoing and fake War on Women – MSNBC is its de facto press arm.  Candidates who ran on it in the 2014 mid-terms got whipped, a sure sign that the culture hates women – or at least in MSNB C’s opinion.

Finally, progressive talk radio has all but ceased to exist. A year ago as part of a nationwide trend, New York City’s last left-wing gab-bag formatted station went all Spanish-language music all the time.  So what do fans of it do? Like all good lefties, they look for a government program because they are unable to fathom that the radio business – emphasize BUSINESS – requires advertisers who fled the format for want of a return on investment. What is it about business that escapes the left?

A lean and un-Merry Christmas for left-wing print, online and broadcast news and commentary – times are tough all over. I guess Santa does keep a list of who is naughty and nice. The old boy must be a conservative.

2 thoughts on “For the progressive press, these are “Bah humbug!” times”