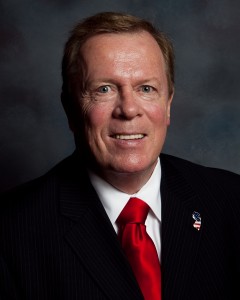 While the speculation existed for the last few weeks, Save Jersey can now confirm that former Freeholder John Mitchell will be a candidate for freeholder in 2015.

Meeting up with Mitchell at the Bergen County Young Republican meeting in Saddle Brook this week, he confirmed to me that he is now officially a candidate to return to the body he left in 2014.

“Here’s my speech, you can quote me, ‘I am running for freeholder,’” said Mitchell, who won a convincing victory on a ticket headed by Kathe Donovan and Mike Saudino in 2010, but was defeated by a mere 68 votes in 2013 by now County Executive-elect Jim Tedesco.

Mitchell, by far the hardest campaigner I have personally seen in action, will be a force to be reckoned with. Most expect him to enter the convention as one of the favorites, if it even gets that far.

Most are expecting an announcement by Ramsey Councilman Ken Tyburczy in the coming days that he is also running. The field appears to be clearing for the first time in recent memory for the two candidates to enter the general election unscathed.  While some names are being mentioned for the third seat (the unexpired term of Tedesco), none of the four candidates who entered the freeholder race last year – nominees Bernadette Walsh and Bob Avery, as well as Brian Fitzhenry and Dierdre Paul – seem likely to run at this point according to those I speak with around the county.

For the general election, Mitchell has made significant inroads in two areas that Republicans have struggled with. Hailing from overwhelmingly Democratic Cliffside Park, Mitchell shows relative strength in the southeastern Democratic bastion of the county. He has also made strong inroads with the growing Korean community through years of sincere outreach.

One thing you can count on with Mitchell: if there is an event no matter how large or small he will be there.  I wish John the best of luck in his campaign and urge all Save Jersey readers to support him as well.  Should he make it to the general election as most predict, he enters with better than even odds to defeat the Democratic incumbents.