Notes from the YRNF Louisiana Deployment 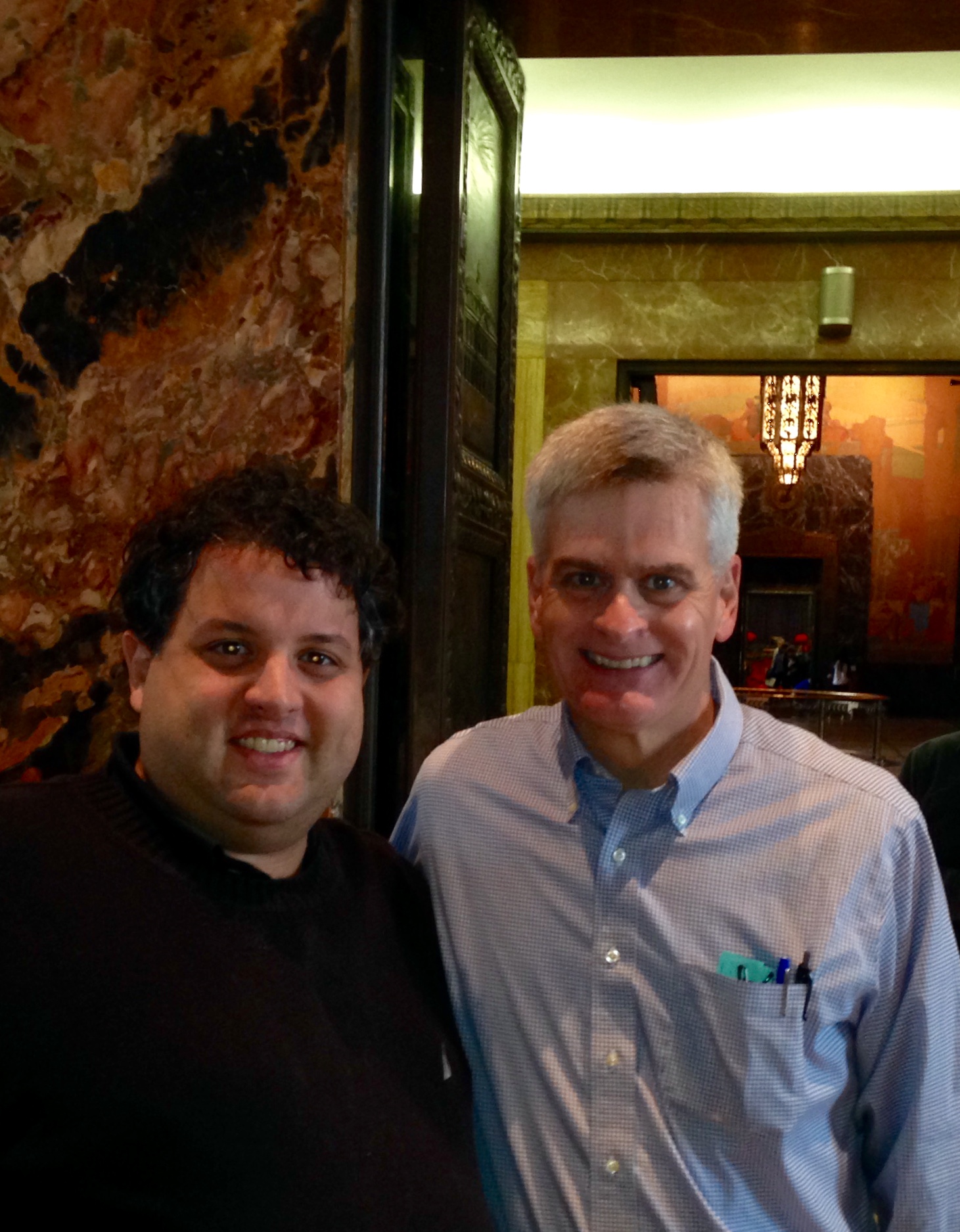 By Christopher A. Canarelli | The Save Jersey Blog

Having recently returned from a week in the home state of newly re-elected Governor Rick Scott, among famous cartoon mice and orcas, I’m a bit behind on addressing some of the major political events that have taken place – one of which is the Louisiana runoff where Mary Landrieu was finally defeated by Congressman Bill Cassidy.

About one month ago, Young Republicans from across the country converged on New Orleans for the Young Republican National Federation’s winter meeting. During our time in the Bayou State, we took a trip up the ‘Mighty Mississippi’ to Louisiana’s capital city, Baton Rouge, to conduct our business meeting on the floor of the Louisiana House, attend a luncheon at the Governor’s Mansion with Louisiana Governor Bobby Jindal, meet with Bill Cassidy, and most importantly, participate in campaign activities on behalf of Bill Cassidy – some of us did phone banks, others did door-to-door. Having been a door-to-door veteran in the Garden State, I chose to try it out in Louisiana, and what an experience it was!

My first door-to-door, years ago in New Jersey was with my friend and current Morris Township Mayor Bruce Sisler, and on our very first door, it was slammed in our face. Over the years, the reception has improved, but many in the Garden State consider it a thankless job, as that opening reception of mine is very possible; regardless of municipality.

The residents of the East Baton Rouge neighborhood where we walked were the true epitome of Southern charm and hospitality. Not only were the residents, as well as those undeclared, heavily in favor of Cassidy, they were interested in us – where we are from (“y’all talk different”), what our views are and what we think about 2016. One resident even invited us in for freshly baked pecan pie to enjoy with her family – as we are taught to “be wary of strangers” here in New Jersey, that was a welcome surprise!

I am the senior member of the New Jersey delegation to the Young Republican National Federation and in all the years of attending conferences and conventions across the country, this the first time we had a role as direct stakeholders in what many believed to be a national election. And every YR who participated in this Louisiana deployment had warm and positive feelings when Bill Cassidy was declared the winner. Furthermore, we felt incredibly honored when he called out the YRs for our contribution in time and energy to his campaign.

I am sure my YR colleagues across the country will be more than happy to join me in congratulating Michael Bayham, the chair of the Louisiana YRs and lead organizer of the 2014 Winter Conference, on a job well done, as well as thanking him for his tireless efforts in not only bringing the YRs to Louisiana and organizing a stellar schedule of events, but also for taking the Young Republican National Federation to the next level in putting us to work so we were able to directly contribute to a Republican Majority in the US Senate.

1 thought on “Notes from the YRNF Louisiana Deployment”