Lance to Kerry: Get Chesimard! 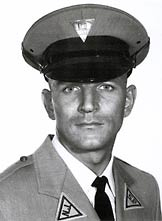 Our friend Art Gallagher of MoreMonmouthMusings tells us that an Ocean Township, New Jersey resident has launched an online petition over at WhiteHouse.gov calling for Joanne Chesimard’s extradition to the United States.

I want you to read this press release from Rep. Lance in its entirety, Save Jerseyans, and please share via social media; we need to raise this issue’s profile:

Congressman Leonard Lance (NJ-07) sent a letter to Secretary of State John Kerry today insisting that the extradition of fugitive Joanne Chesimard be included in any attempt to normalize relations with Cuba.  Cuba granted Chesimard political asylum in 1984.

“Despite numerous appeals over the years from New Jersey and federal officials to return Chesimard back to the United States to serve the remainder of her sentence, the Castro regime has remained intransigent,” the letter reads.  “I write to request that the Obama Administration work toward the extradition of U.S. fugitive Joanne Chesimard from communist Cuba immediately.”

Chesimard was a member of the Black Liberation Army who was found guilty in 1977 of murdering New Jersey State Trooper Werner Foerster and critically injuring another state law enforcement officer.  She was sentenced to life in prison, but two years later escaped from the Clinton Correctional Facility for Women in Hunterdon County, New Jersey.  She was granted political asylum by Cuba and is currently on the FBI’s Most Wanted Terrorist List.

“Any attempt by the Obama Administration to normalize relations with Cuba must include the extradition of Joanne Chesimard back to New Jersey so that she can face justice and serve out her sentence,” the letter concluded.

3 thoughts on “Lance to Kerry: Get Chesimard!”