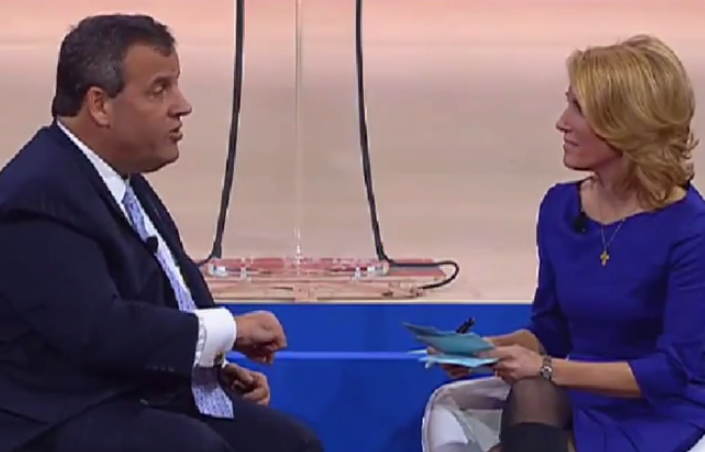 His budget speech wasn’t aimed at contrast, Save Jerseyans, but Chris Christie couldn’t get away from it on Thursday at CPAC 2015 in National Harbor, Maryland, in an interview with Laura Ingraham (see below). Laura’s interview contained most of the meat, including some tough words aimed at his primary rivals:

“If the elites in Washington who make backroom deals decide who the next president is going to be, then he’s definitely going to be the frontrunner,” Christie said of Jeb Bush, who is also speaking at the annual conference.

The latest polls (“Is the election next week?” was the Governor’s response when asked about the polls, btw) indicate that Gov. Christie has tons of ground to make up over the next year before GOP primary participants head to the polls; HOWEVER, as I’ve repeatedly reminded you, the reactions he got from the CPAC crowd are yet another indicator that you can’t count out this uniquely-talented communicator in a street fight. Never. Not until the 10-count, and not a second before.

Of particular interest for those of us who are more likely to pay N.J. property taxes than cast a meaningful primary vote?

Chris Christie told Laura Ingraham, when asked about the New Jersey pension fiasco, that he’d “cut spending if we have to” to balance the budget. Hmmm….

For some good blow-by-blow coverage of the Governor’s speech, click here to read friend and contributor Dan Cirucci’s live blog (he’s on the ground).

3 thoughts on “Christie seeks contrast with Walker, Bush at CPAC 2015”