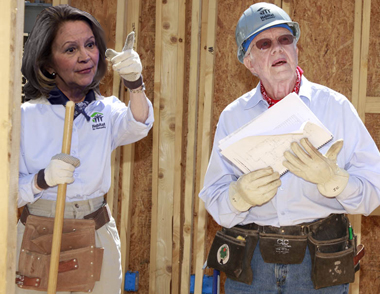 Former Virginia Governor Bob McDonnell lost the public’s sympathy in the run-up to his felony sentencing when it was perceived (fairly or not) that he was throwing his wife under the bus.

Good ‘ole Linda “Habitat for Me” Stender (so says her running mate), even though the architect strongly disputes her version of events: