If history is any guide, Menendez will be around for awhile 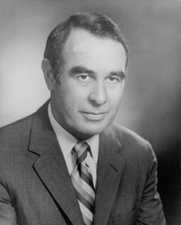 The Wall Street Journal reports that charges against U.S. Senator Bob Menendez (D-Dominican Republic/Ecuador) could come as early as this week, Save Jerseyans.

Just don’t expect much to happen (at least right away) assuming an indictment is handed down. Menendez isn’t the type to surrender until the bitter end, if it ever comes.

Our last thoroughly corrupt Senator (the Torch) didn’t put up much of a fight and his party got bailed out by the N.J Supreme Court.

Another Democrat predecessor many years earlier demonstrated just how far a determined politician can take his resistance even in the face of a federal indictment.

A quick history lesson: four-term U.S. Senator Harrison “Pete” Williams (D-Westfield) got caught up in the infamous 1980s Abscam scandal (subject matter for the recent American Hustle movie). He was indicted on 9-counts of bribery and conspiracy to abuse his public office to assist business ventures (sound familiar???) on October 30, 1980 and was convicted the following May. He didn’t ultimately resign from the Senate, however, until almost a full year AFTER conviction on March 11, 1982 only when it was clear that, despite continued protestations of innocence, the Senate appeared poised to expel him.

Buckle up. We could be in for a long one.

2 thoughts on “If history is any guide, Menendez will be around for awhile”