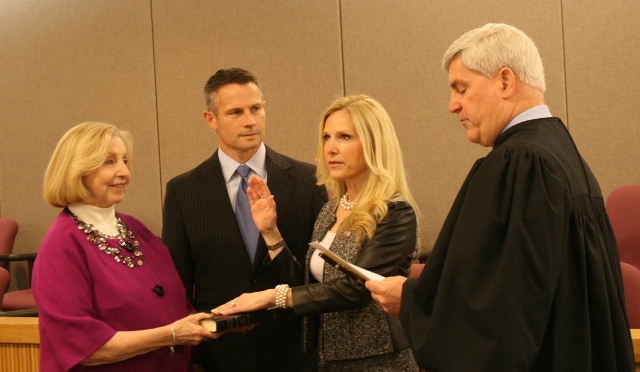 Hanlon is Governor Chris Christie’s nominee to replace French who announced her retirement effective today in early January.  Hanlon will serve as Acting Clerk until she is confirmed by the NJ State Senate, or until she is elected to her own 5 year term. She is the Republican nominee for the position in this November’s election.

END_OF_DOCUMENT_TOKEN_TO_BE_REPLACED

2 thoughts on “Hanlon Sworn In As Acting Monmouth County Clerk”