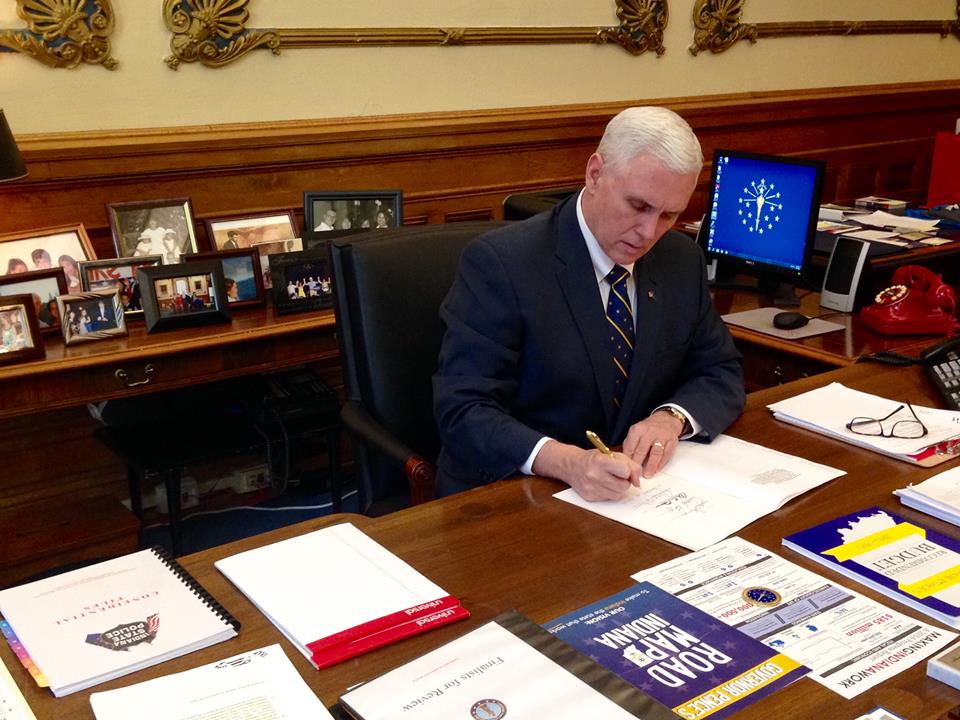 So, the devoutly religious among us are to be accorded purely second-class status, and their right to exercise their faith through their business is to be stripped from the Constitution? That’s the message we’re getting from those protesting Indiana’s recent enactment of its version of the Religious Freedom Restoration Act.

How soon before it will be against the law to hold any point of view contrary to the Left’s politically-correct orthodoxy of the moment?

It’s one thing to discriminate in a purely commerce-related sense – shopping in a store, eating in a restaurant, riding in a common carrier – as one typically progressive bait-and-switch article sought to demonstrate will be the ipso facto result of RFRA-based laws.

But it’s altogether another to demand of a business owner that she explicitly endorse a behavior or belief that violates her religious principles.

While they might be willing to tolerate same-sex marriage – live and let live – insisting that they be dragged into one by demanding that they endorse it through providing goods or services to one is a whole other matter.

Contrary to the Left’s sky-is-falling histrionics, a Baptist grandmother’s refusal to sanction, by baking and decorating a cake, a same-sex marriage that she believes violates her reading of the Bible doesn’t open the door to rampant Jim Crow segregation and lynching. Isn’t she entitled to at least a nod of the equal-rights head in her favor, or is that too much to ask?

The National Review has an excellent editorial on the subject, which I commend to everyone’s attention. A couple of excerpts:

In other words, Indiana’s RFRA requires a deeper inquiry into a claim of alleged discrimination than a refusal to sell a cake, take wedding photos or provide floral services because of sexual orientation. You now have to ask the question “Why?” and hear from the person against whom the charge is made. She’s entitled to her day in court, too, without any guarantee that she’ll win:

RFRA enjoyed wide bipartisan support until the Hobby Lobby case reminded Democrats that they care a great deal more about Obamacare and contraceptive subsidies than they do about the religious liberties of people who hold views that inconvenience the Democrats’ political platform.

Objections from the Left against what Indiana did are par for the course in its decades-long crusade against faith per se. It’s not hard to find sneering contempt for ANY religious conviction of ANY type in much to most progressive rhetoric on the subject.

Even the president of the United States blithely derides people of faith, as he did six years ago in his now infamous smack down of maybe half the population: “And it’s not surprising then that they get bitter, they cling to guns or religion…”

In the words of Seattle Mayor Ed Murray, who is gay and who officially banned all city-funded travel to Indiana in retaliation for its enactment of RFRA, “You can prevent African Americans and or Gays from belonging to your church.” How shallow and self-absorbed is that? He not only doesn’t get the point, it’s obvious he doesn’t understand the point or even want to.

It’s no secret that the Left regards those on the right to be intellectually inferior. I mean, only stupid people hold religious beliefs, right? Well, unless, that is, their beliefs comport with talking points from the DNC.

Everyone who is knee-jerk in opposition to Indiana’s enactment of the RFRA, which is on the books in 19 other states and the federal government – thank you, former-President Bill Clinton for signing it – should consider how their own religious beliefs might need protecting someday from an assault on them by someone less interested in “equal rights” and more interested in bullying or persecution against the faithful.

What would you do if a law was enacted requiring you to keep your business open on a day or during hours that you typically set aside for religious devotion? Or if you were required to provide products or services that that seriously violated your own belief system? How about if your Kosher or Halal butcher shop or restaurant was required to sell pork products or shellfish simply because the meat or seafood lobby got the local legislative body to enact such a law? After all, us gentiles love our ribs and clam chowder, and we should be able to get them anywhere we like since it’s only commerce, so serve ‘em up Moishe and Yousef!

Don’t think it would happen? Don’t bet on it. The quickest way to ensure an event’s likelihood is to dismiss its possibility.

Just because you may not agree with those who have a right to assert a religious belief-based defense to a discrimination charge doesn’t mean that they shouldn’t be able to do so. Who knows: you may be next.

The United States came to be largely because people persecuted because of their faith wanted to live where they could openly and unabashedly worship in public as well as in private as they pleased and as they were led to do so by God. Or have we forgotten our own history? The Pilgrims, Roger Williams, William Penn, Lord Baltimore — all came and settled and established communities because they were told that their beliefs had no place in the public square of their day.

Today, we see a similar discrimination against people who believe and practice traditional faiths not limited to Christianity, although that’s the one with the big target on its back. Where is it written in our Constitution that they must go to the back of the belief-system bus — that they can only believe and exercise their beliefs during non-work hours?

“First they came for the Socialists, and I did not speak out—
Because I was not a Socialist.

Then they came for the Jews, and I did not speak out—
Because I was not a Jew.

Then they came for me—and there was no one left to speak for me.”

Trust me: they’re coming after people of faith today – they’ll come after you tomorrow.