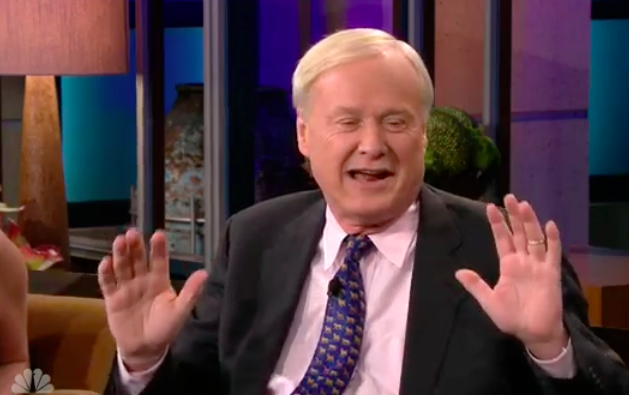 Governor Chris Christie used to be the “acceptable” Republican for the elite media liberals, Save Jerseyans, a perception reinforced by his frequent visits to MSNBC’s Morning Joe program.

No longer. Something I’ve argued since Day #1 was inevitable.

They’re simply NOT on his team, folks. Never were. And now that Bridgegate gave them an opening, they’re like a dog with a bone that’s never going to let go.

Listen to how aroused MSNBC’s Chris Matthews and Steve Kornacki sounded over the weekend discussing reports of an imminent end to the Bridgegate investigation; it fell to Matt Katz of WNYC to inject a little logic into the discussion:

Also remember: there is NO evidence in the public record of the Governor doing ANYTHING illegal. But Chris Matthew deliberately ignored Matt Katz for most of the interview (apologizing, kinda/sorta at the end of the clip posted above) to SHAPE the perception of this story rather than report/discuss the actual available facts.

Do you see what I’m driving at here?

Let this whole saga, however it turns out, serve as a cautionary tale for ALL Republicans: the media is NEVER on your team. Pinning your brand to them is not unlike building a house on a foundation of quicksand.

Do you remember this classic scene from Primary Colors? All politicos should: