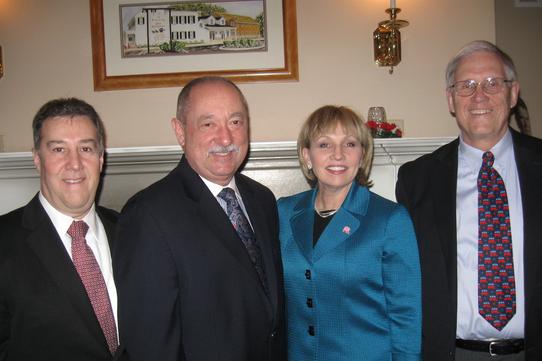 Here’s one to keep your eye on now that we’ve entered convention season, Save Jerseyans:

Martin Herrmann, a 20-year veteran of the financial industry, is the party’s mayoral pick; Harold Kane, a Navy veteran, and Joseph Atanasio, a retired NYSE Floor Governor, will stand for two council at large seats.

Home to 10,500 registered Democrats but just 5,400 Republicans, Monroe is never an easy nut to crack. Still, without a popular incumbent at the top of the municipal ticket and low turnout expected statewide without state senate/gubernatorial/federal contests to drive participation, Republicans are hoping to score an upset here AND finally take back LD14, too, with anointed Assembly candidates David Jones, a former state police major residing in Robbinsville, and Phil Kaufman, an attorney also from Monroe.

3 thoughts on “With Pucci leaving, Monroe GOP moves to capitalize”