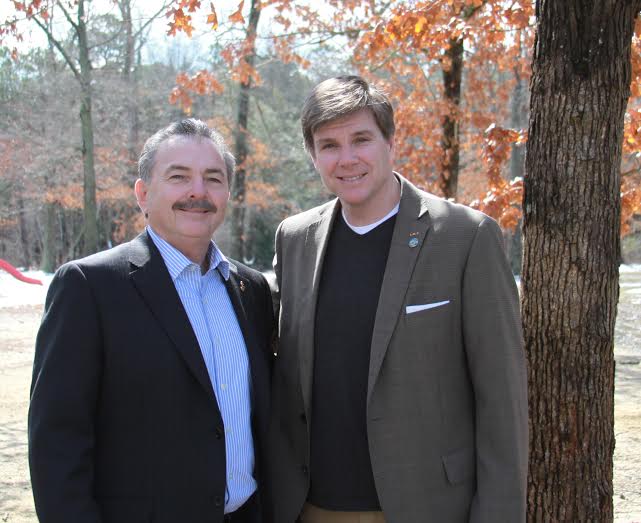 What was expected to be an interesting county convention didn’t entirely disappoint on Saturday morning, Save Jerseyans, as Atlantic County Republicans gathered at the Cologne Fire House in Hamilton Township to select their 2015 organization-backed candidates.

At the top of the ticket: Freeholder Will Pauls (529) came out on top of Freeholder John Risley (382) for the right to stand alongside incumbent Assemblyman Chris Brown on the November ballot. Their contest is expected to be the state’s most contentious (and expensive) of the off-year cycle given the county’s rare split district status and Steve Sweeney‘s personal animus for the Republican ticket.

“Chris Brown has been the only legislator from this district fighting to protect working families and retirees from casinos going north to the Meadowlands,” said Pauls in a statement after securing the line. “We can’t build a better future for the working families of Atlantic County if North Jersey casinos become a reality while we’re fighting to save Atlantic City. We have to protect our economic future, where retirees are not taxed out of their homes and our children and grandchildren can have the opportunity to do better.”

The only upset/surprise of the day? Incumbent Surrogate Jim Curcio (646) narrowly overcame Egg Harbor Township Committeeman Joe Cafero (564) to survive the convention by about 80 votes out more than 1,200 votes cast. The unusually close contest for a long-time elected official was born, in part, out of Curcio’s having plead guilty to a second DUI back in 2012. At the time, prior to Curcio’s plea, ACGOP Chairman Keith Davis had called on his party’s incumbent to resign if the DUI charge resulted in a conviction.

One thought on “Pauls, Curcio emerge as big winners at Atlantic’s Convention”