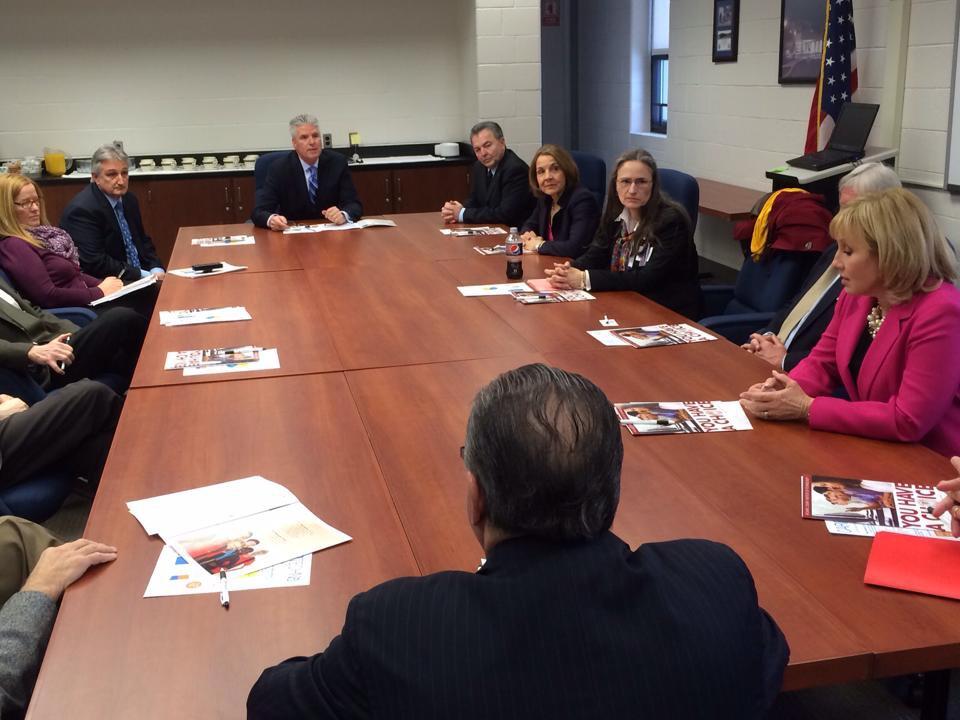 Election 2015 lacks statewide or even State Senate races at the top of the ballot, Save Jerseyans, but that doesn’t mean there isn’t plenty on line. Far from it. Each and every Assembly seat is up, for starters, and when it comes to what most directly impacts your local quality of life, county and municipal contests are as important as anything.

In fact, some of New Jersey’s most hotly-contested battlegrounds are already heating up. Atlantic County could be ground zero.

This is one of the few districts in New Jersey with split representation. Asm. Chris Brown (R) and Vincent Mazzeo (D) are shoe-ins for their respective parties’ support. The real fight? Without Jim Whelan running in the State Senate slot to skew the results, we’re looking to see if either side can knock out the other’s champion AND, in so doing, flip the other seat.

The politics in Atlantic County (where the GOP is dominant county-wide but Democrats maintain a voter registration edge) are complicated. The county chairman, Keith Davis, is publicly neutral in the battle for the right to reclaim John Amodeo’s seat, but Republican leaders appear to be coalescing around Will Pauls, an incumbent freeholder and labor leader. Senate President Steve Sweeney reportedly tried to talks Pauls out of it since Sweeney, himself a labor leader, doesn’t want a split in his South Jersey labor power base.

Pauls, working off of his Hamilton base, isn’t alone. Atlantic County Freeholder John Risley is in; he could score an upset with monolithic support out of Egg Harbor Township (the delegates there comprise roughly 1/3 of the 50% needed to carry the convention). Brown should get through by unanimous voice acclimation. Other wild cards? Freeholder Alex Marino and former Assemblyman Vince Polistina, of EHT, is allegedly still flirting with a convention challenge of his own.

Another subplot, beyond the convention (sometime in early spring): Atlantic City. Chris Brown is endorsing a plan that’s at odds with a revamped PILOT program supported by Sweeney’s Democrats, including Mazzeo, and now GOP County Executive Denny Levinson.

This one is interesting: Egg Harbor Township Committeeman Joe Cafero is challenging incumbent Surrogate Jim Curcio at the convention. Why is it interesting? For starters, Curcio plead guilty to a second DUI back in 2012; at the time, Chairman Davis said he should resign if convicted a second time.

We’ll get back to you later with some other South Jersey races to watch including more from Atlantic County.