The Pittsburgh Pirates, Jihadi John and a Fight to His Death 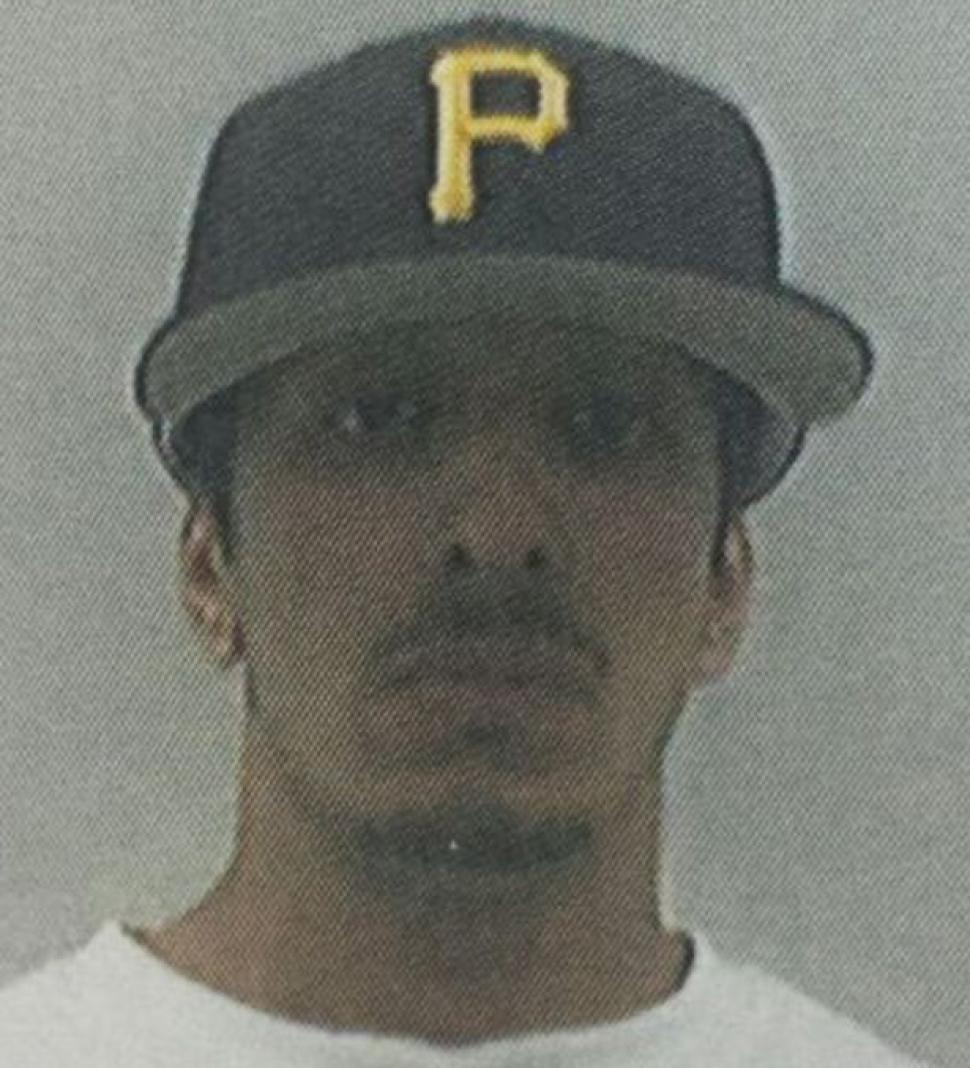 Aside from the murdering thugs in it who get their kicks lopping off people’s heads, guilt-ridden and self-loathing apologists and 80 percent of London Muslims, everybody hates ISIS or ISIL or the Islamic State or whatever you call it. What they do, say, think or even wear is despicable to the enth degree – don’t even ask.

That’s why I was heart sickened and appalled to see the infamous, British-accented, sadistic killer Mohammed Emwazi aka Jihadi John pictured wearing a Pittsburgh Pirates baseball cap. Son of a bitch!

The Pirates’ team office immediately issued a statement saying, “It is absolutely sickening to everyone within the Pirates organization, and to our great fans, to see this murderer wearing a Pirates cap in this old photo.”

Scum like John and the rest of ISIS need to be wiped from the face of the earth, even if takes a fight to his death and theirs to do it.

He is alleged to have killed seven or eight captives on video, so who knows how many others he killed in rehearsal. It’s enough that he’s done what he’s done to make him target numero uno for a drone strike, because who doesn’t want this piece of scum dead, not the least of all families of his victims. Within the ISIS organization, he’s known as “the British guy who slaughters people.”

Smokey Burgess, Roberto Clemente, Harvey Haddix, Clem Labine, Wilmer “Vinegar Bend” Mizell, who served in Congress and the executive branch after retiring from baseball, and manager Danny Murtaugh from the 1960 world champion team must have turned over so many times in their graves that the rotation of the earth was discombobulated. 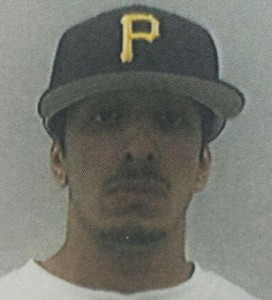 Growing up in then-big-league-sports-free Phoenix, Ariz., I decided sometime around the fourth or fifth grade that I needed a favorite Major League team (the NFL was a nothing in those days, George Halas notwithstanding). Being the kid I was, I picked the Pirates because what 9 or 10-year-old kid doesn’t want to be a pirate?

I got all their baseball cards, read the box scores of their games in the daily paper and did whatever I could, which wasn’t much in the late 1950’s – the Internet wasn’t worth crap in those days – to follow the team.

My choice was a three-cherries jackpot winner in 1960 when the Pirates crushed the then-eight team National League winning the pennant seven games ahead of the then-Milwaukee Braves – a lot of the-thens in baseball, like the then-national pastime and the then clean-living ballplayer – to get to the World Series where they bested the hated New York Yankees four games to three.

Bill Mazeroski’s walk-off home run – the greatest home run ever – to win the seventh and final game was one of the greatest thrills of my then-young life. Even 55 years later, it ranks right up there.

My favorite ballplayer was Roberto Clemente, a hard-hitting, superb-fielding right fielder from Puerto Rico who was tragically killed in a plane crash on New Year’s Eve 1972 while delivering earth quake relief to Nicaragua. The next year, he was elected to the Hall of Fame after the mandatory five-year rule was waived just for him.

Now THAT was a ball player, unlike the Yankees’ “A-Rod” aka Alex Rodriquez a grotesque, drug-addled cheater whose $275 million contract and bevy of lawyers helped him beat a lifetime ban from baseball – a ban he would have gotten in Clemente’s day, together with a lengthy prison term. He’s an emblematic caricature of what used to be real men playing hard-fought games. But he’ll probably be in this coming season’s Opening Day lineup for the Yankee’s.

Compare him to the corrupt, indolent and opium-smoking last few sultans of the Ottoman Empire, the once strong, robust, intellectually sophisticated Islamic nation that stretched from the gates of Vienna eastward around the Mediterranean coast of North Africa that had great leaders like Suleiman the Magnificent.

While not a sultan, the Turkish Bey portrayed by Jose Ferrer in David Lean’s “Lawrence of Arabia” gives you enough of the creeps to get the general point about leadership in that country towards the end. You remember the scene where Lawrence, stripped to his waist, is lasciviously eyed by Ferrer’s character in anticipation of behind-closed-doors activities that, even in 1962, didn’t need to be explained? Corruption on that level, albeit to a different deviant extent, is what you get with Alex Rodriquez.

And it’s what you get with Jihadi John, only 100 times as heinous, but, like A-Rod, on steroids. So, what to do?

In keeping with a somewhat sketchy baseball analogy – Hey, John: You wore the damn hat! – it’s like a guy who comes sliding into second base spikes high less to be safe and more to take out your shortstop, maybe even end his career. The next time this bum comes to the plate, your pitcher who is otherwise known for excellent control tosses him some high, wickedly hard cheese. Nothing like chin music to make him sing a different tune.

And if he doesn’t like it and charges the pitcher’s mound, your bench clears in an all-for-one brawl because nobody messes with our guys.

That’s what Jordan did after one of its air force pilots was burned to death in a cage. It’s what Egypt did after 21 Coptic Christian Egyptians – Christians, mind you – were beheaded on a Libyan beach. No holds barred, no holding back and beating the you-know-what out of Johnny’s ISIS teammates so they’ll think twice about spiking players from these teams.

But the United States, not so much. Instead of playing good, old-fashioned, balls-to-the-wall baseball, President Obama likes slow-pitch where you lob it in, everyone gets a hit and nobody keeps score.

At the rate we’re seeing ISIS cheat, spike players and flat kill the other side, there ain’t gonna be no next season.

Jobs… jobs are the answer, we’re told, because we can’t kill all the terrorists. Give them steady work so they can buy a new Toyota pickup with a machine gun mount or a designer burqa for Mrs. Jihadi or take the kids to the seashore on summer break where they’ll learn how to make and use suicide vests.

As for not being able to kill them, America and its allies did a close-enough job of killing Germans, Italians, Japanese  and other Axis powers in World War II – 6.6 million in total – to make those countries see the wisdom of abstaining from further aggression, so there’s that.

A big jobs program is a typically liberal social-welfare answer to whatever ails you. As for Jihadi John and his pals, they already have jobs killing everyone who gets in their way.  Besides, like many terrorists, his college degree, affluent background and access to beau coups opportunities make the whole “disaffected youth” thing a leaky boat.

To paraphrase Winston Churchill, “Those Jihadis are not looking for jobs. They are looking for weapons.” And when the get them, they’ll kill until they are killed. Not hard to understand.

Yet we’re also told that we have to learn what makes Jihadi John tick – what are ISIS’ “root causes.”  Pardon me, but who gives a rip? As an op-ed in The New York Post said,

Blaming Islamist horrors on poverty only obscures the true problem: Jihadists are driven by an ideology — one that yearns to “restore” a mythical caliphate, one governed by the most austere version of Sharia law…

The Western liberal elites who reinforce the belief that Muslims and Arabs have been persecuted, profiled, spied upon, discriminated against, etc. are enhancing the resentment at the root of radical jihad.

I know what ISIS wants: it wants me and mine dead – you and yours, too. Until they’re all dead and the threat is over, do we really need to know anything beyond that?

I never wanted the Pirates to understand or group-hug the Yankees – I wanted the Bucs to massacre them on the field, which they did making them winners.

Wringing my hands over what motivates blood-thirsty sociopaths is like cutting the Nazi’s some slack because they claimed a beef with Jews. Call B.S. for what it is, and don’t go there because it distracts us from focusing on what should be the mission, which is the utter, total and complete destruction of ISIS and Jihadi John the same way we did it to the Axis during World War II.

In the meantime, John, take off the hat because you are so unworthy – or a drone will take it off for you.

1 thought on “The Pittsburgh Pirates, Jihadi John and a Fight to His Death”