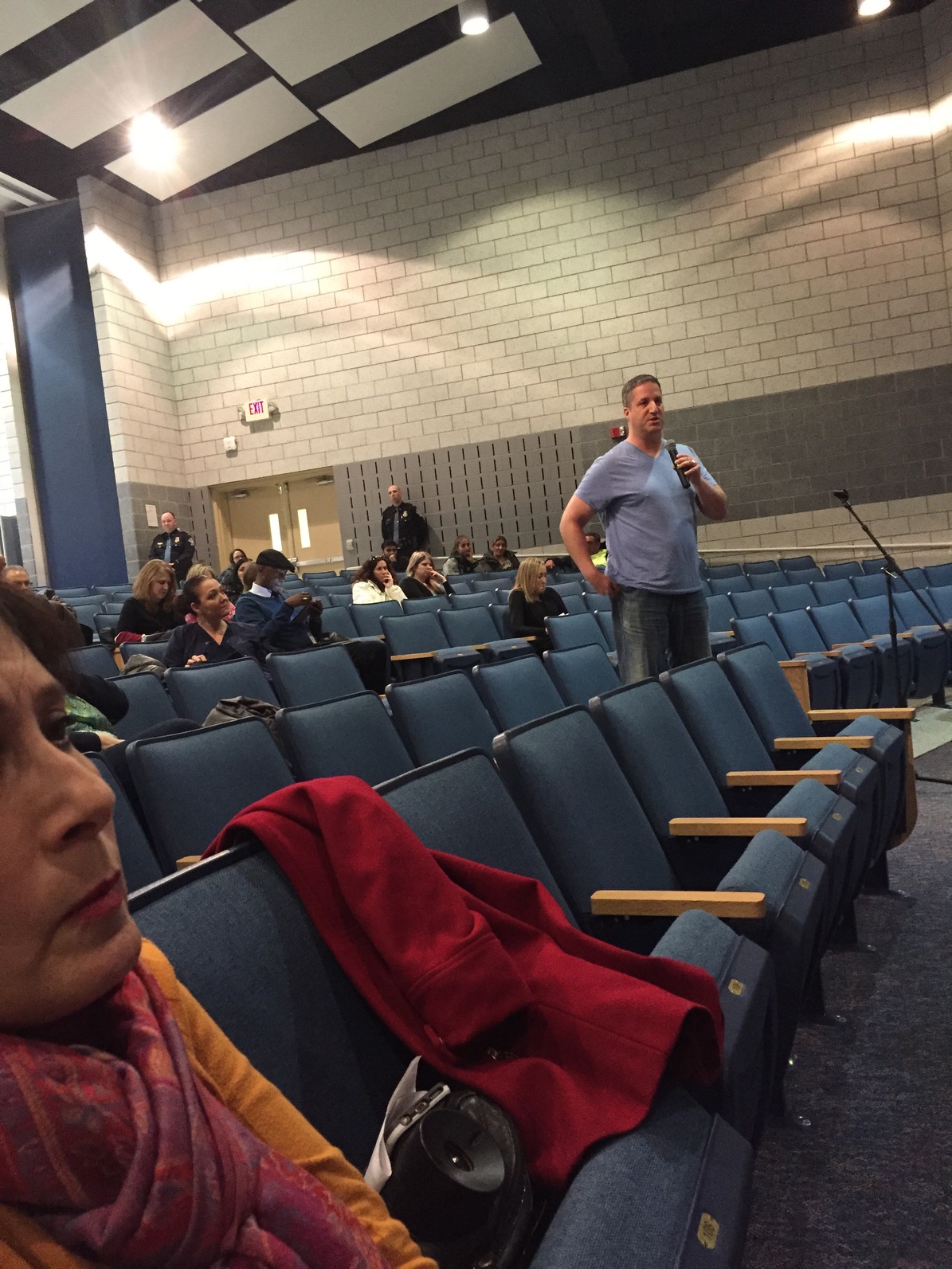 Marlboro Board of Education Vice President Victoria Dean last night apologized for racially charged posts made on her facebook page on February 8, during public workshop meeting of the board in the Marlboro Middle School Auditorium.

The offensive post came to light over the weekend when Monmouth County Democratic Chairman Vin Gopal’s Jersey Shore Insider blog posted a story accusing Monmouth GOP Leaders of displaying racist posts on social media.  The story accused Union Beach Mayor Paul Smith of posting a “rant” calling President Obama “A Communist, a Muslim and an Illegal Immigrant,” and Dean of displaying and liking a post on her facebook page that stating that “America isn’t America anymore!  It’s run by foreigners including THIS RAG HEAD PRESIDENT!”

The Asbury Park Press picked up the story on Monday, attributing Gopal’s blog as the source without citing it as a partisan website as is their custom when they cite this website or other conservative websites.

Smith shared a meme on his facebook page that included a photo of Obama holding a pint of dark beer in one hand and while is other hand was raised with his thumb up. The meme caption was ” A Communist, a Muslim and an Illegal Alien walk into a bar……The Bartender says ‘Hello Mr. President…”

On her facebook page, Dean posted a link to a story about a Waterbury, Connecticut school district honoring the Muslim holidays Eid Al-Fitr and Eid Al-Adha by not scheduling tests, field trips or major school events on those occasions.  Dean added the caption “Pandora’s box opened” and tagged fellow board member Craig Marshall. Mark Garza, a Texas resident who Dean says is a childhood friend, posted the offensive rag head comment which Dean then liked.