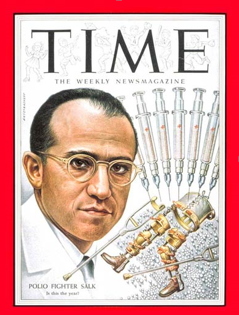 This is PART TWO of what will be a multi-part series on an important topic, Save Jerseyans.

Click here for Part One if you missed it…

The Andy and Jenny Snake-Oil Show

Vaccines are the triumphant product of generations of scientific labor, Save Jerseyans. Then along came Andrew Wakefield and Jenny McCarthy to screw things up.

Wakefield, a now-disgraced British researcher, published an article in a medical journal in 1988 that claimed a link between the MMR vaccine and autism.

Wakefield’s research, however, was fraudulent: cooked scientific books, a financial interest in the outcome, abuse of test subjects and other ethical lapses resulted in Lancet, the British medical journal that published his study, unequivocally retracting it followed by Wakefield’s medical license getting yanked by British authorities in 2010.

Similarly, a brouhaha last summer involving a scientist at the Center for Disease Control in Atlanta has grabbed headlines when it was claimed he helped cover up a link between vaccines and autism in black children.

A prominent anti-vaxxer, who is also a biochemical engineer, took the scientist’s revelation that he had fudged some data – data that had no bearing on the eventual finding of no link between vaccines and autism – and ran with it claiming a massive government cover up. The researcher published a paper in a little known medical journal claiming just such a link, only to have it unequivocally retracted almost immediately by the journal for reasons of conflicts of interest and statistical irregularities and invalidity.

Since then, however, anti-vaxxers have made hay out of it with the only problem that the CDC scientist disavowed the anti-vaxxer party line and come out foursquare in favor of vaccines for all children of all races.

McCarthy, whose previous claim to fame was as the 1993 Playboy magazine Playmate of the Year, has a son who may or may not have autism – she says he does – a condition she blames on vaccines. When she’s not graphically regaling the public with details of her sex life, she pawns herself off as an expert on a supposed link between vaccines and autism.

A substantial number of Americans who are desperate for a reason, any reason, to explain their child’s condition buy into her rhetoric, which goes a long way in explaining how a disease that had been wiped out 15 years ago all of a sudden popped up at The Happiest Place on Earth.

Inexplicably this past December came an outbreak of measles that has since affected 141 people in at least 17 states and the District of Columbia. It’s estimated that eventually more than 2014’s 644 people, the largest outbreak since measles was declared eradicated in 2000, will contract the disease in this and subsequent outbreaks this year. All because a 20-year-old unvaccinated visitor to Disneyland passed it along to others who then passed it along via trains, planes and automobiles.

Almost every physician in the country – over 92 percent of them – attributes the spread of the Disneyland outbreak to those who deliberately refuse to vaccinate their children.

While the outbreak is thought to be winding down, it did spread to Europe where cases that can be traced back to the U.S. were discovered in Berlin.

New Jersey, which is as far away from Disneyland as you can get without jumping into the Atlantic Ocean, was one state affected by the outbreak. A since-recovered Jersey City infant too young to be vaccinated was the victim. Likewise, New York state experienced three cases of measles.

That’s a remarkable comeback for a disease that was eradicated 15 years ago. And its resurgence sparked a national, heated and often ugly debate between those who favor vaccinations and those who don’t. The anti-vaccination forces – anti-vaxxers for short – are fierce and ready to pounce on anyone who argues in favor of vaccinations, as I did recently in a Facebook post.

Polling data suggests that anti-vaxxer sentiment is spread equally across the political spectrum.

Some resistance to vaccines is rooted in the belief that nobody, least of all government, should tell parents how to medicate their children, or that big-pharma corporations aren’t to be trusted to produce a safe product. Skepticism against vaccine-related government information, especially over the veracity of vaccine-safety information, is belied by the fact that the Salk vaccine went public during the Eisenhower administration, and the MMR vaccine during the pre-Watergate Nixon administration. It’s not like they’re products of today’s big government, big pharma or Obamacare – these vaccines have been around since the days when your doctor made house calls.

Politicians on the right and the left got caught up in the debate. Off-hand comments about whether or not children should be vaccinated caused Chris Christie and Rand Paul no small amount of grief forcing each to back pedal in support of vaccinations.

Pediatric neurosurgeon Ben Carson, on the other hand, came out foursquare in favor of vaccinations and was critical of those who waffled on the issue, which isn’t surprising since he’s a medical doctor.

Hillary Clinton got stuck on the wrong side in the phony, Wakefield fraud-based argument linking autism to vaccines. California Gov. Jerry Brown signed a law in 2012 that made opting out of vaccinations as easy as signing a piece of paper.  And big-money groups that financially support the Democratic Party underwrite organizations and websites that propagate the myth.

Some hijacked the current measles outbreak to further a political agenda. Suggestions that last summer’s influx of illegal immigrants caused the outbreak turned out to be baseless.

Comparing the immunization rates of Mexico and Central American countries, they’re close to, and in some cases exceed, the United States’ own rate of 92 percent. By 2009, measles was well on its way to being eradicated throughout the Americas. By the late 1970’s, all countries in both North and South America had vaccination programs, so it’s difficult to dump the blame on immigrants, illegal or otherwise.

The virus at the root of the outbreak came into the United States by way of an unvaccinated person travelling from a country where vaccination rates are low, who then passed it on to other unvaccinated people. Experts now say that this measles strain most likely came from the Philippines where 50,000 people contracted the disease last year resulting in 110 deaths.

Next: Vaccines or Communicable Diseases? and Herd Immunity and the Unvaccinated.

6 thoughts on “To Vaccinate or Not to Vaccinate (Part 2): Snake-Oil and Politics”