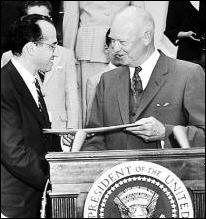 This is PART ONE of what will be a multi-part series on an important topic, Save Jerseyans.

To start things off:

Pardon me for being appalled, but all my adult life I’ve taken it as a given that American parents had their children vaccinated at the earliest opportunity against diseases that used to kill thousands. I did with mine.

But the recent vaccine-related hullabaloo stemming from the Disneyland measles outbreak disabused me of that notion. My eyes are now open, and I don’t like what I’m seeing.

When I was a child in the early 1950’s, every, and I do mean EVERY, parent’s worst fear was that her child would be stricken with polio. Even the word itself was never spoken, only whispered in tones laden with fear and near panic. In 1952, nearly 58,000 people were stricken in the worst outbreak of the disease in U.S. history. Most of the victims were children, with over 3,100 deaths and over 21,000 left paralyzed.

But then Dr. Jonas Salk developed the first practical and effective vaccine against the disease. Who knows how many mothers and fathers named newborn sons after him, or how many wept in gratitude as their kids were vaccinated, but I’ll bet there are a lot of middle-aged men in America named Jonas.

It’s worth noting that the altruistic Dr. Salk tested his vaccine by experimenting on himself – no big pharma was he.

I remember my mother taking my sister and me to get vaccinated after it was released for public use in 1955. It was probably at a school cafeteria – I remember the shot, not the place – where we stood in a line that stretched further than the eye could see for hours to get what she regarded as heaven-sent protection.

By 1979, polio was declared eradicated in the United States.

Vaccines against other common childhood diseases were also developed, with a single one against measles, mumps and rubella becoming available in 1971. The measles portion was so successful that the disease was declared eradicated in the U.S. in 2000.

9 thoughts on “To Vaccinate or Not to Vaccinate (Part 1): You’re Kidding, Right?”