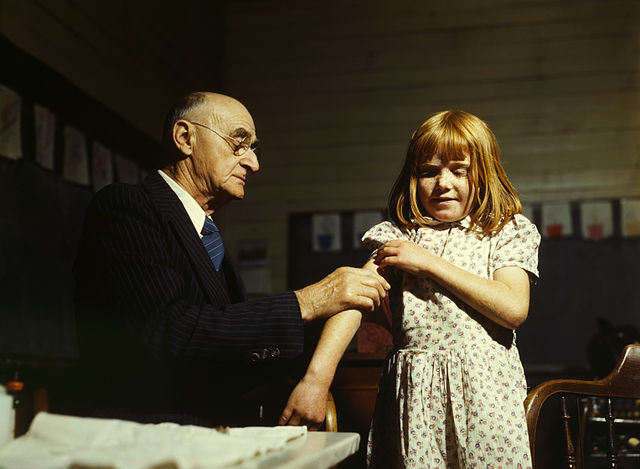 This is PART FIVE of a multi-part series on an important topic, Save Jerseyans.

Who are the Anti-Vaxxers?

Anti-vaxxers tend to be younger adults who weren’t around in the pre-vaccine “good old days.”  The Washington Post described them as “young Americans who only really know a country where measles almost never occurred.”

Many of them grew up watching sit-coms where getting the measles was laughable, and they think we’re living in an episode of “The Brady Bunch.”

The anti-vaccination movement is fueled by an over-privileged group of rich people grouped together who swear they won’t put any chemicals in their kids (food or vaccines or whatever else), either because it’s trendy to be all-natural or they don’t understand or accept the science of vaccinations. Their science denying has been propelled further by celebrities…

According to a survey conducted by the Pew Charitable Trust, mistrust of vaccines is confined mostly to those between the ages of 18-29, and then only 15 percent of them qualify. 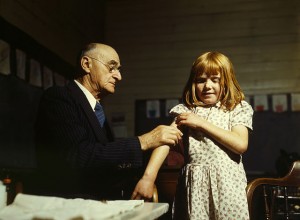 Older Americans – 50-64 and 65+ – approve of vaccines at the rate of 89 and 91 percent respectively. Baby Boomers remember pre-vaccine days, and we have no desire to return to them.

Overall, an overwhelming majority – 83 percent – of those polled believe vaccines are safe, while a scant 9 percent believe they’re unsafe, but that 9 percent is doing a good job of throwing a monkey wrench into the works.

There are exceptions and anomalies. Some anti-vaxxers recognize the dilemma they cause one for others.  The ambivalence of one mother was revealed in a comment she wrote on an article:

Although I’m not afraid of measles, I acknowledge that for some it could be problematic and don’t necessarily want (my unvaccinated child) to be a/the “typhoid mary” (sic) and contract and spread the disease via airports, airplane rides, etc.

But she’s rare since, according to medical experts, typical anti-vaxxer arguments are hollow, often laden with invective and filled with Wakefield’s pseudo-science.  Anti-vaxxers uncritically embrace debunked theories, flat-earth thinking and postings on spurious websites. The more data or factual information presented to them, the more they cling to the anti-vaxxer party line.

For every anti-vaxxer doctor who claims vaccines are dangerous or unnecessary – with those opinions sometimes based more on a gut feeling than hard evidence – there are over nine who say they’re vital and that the failure to get them is responsible for the Disneyland outbreak.

Dr. James Cherry, a specialist in infectious diseases at the University of California, Los Angeles, was quoted in The New York Times describing anti-vaxxers as “some pretty dumb people.”

Not as charitable is Dr. Amy Tuteur, an OB-GYN, who left medicine to raise four children. Writing on her blog, she described anti-vaxxers as privileged, entitled and ego-centric. “The anti-vax movement has never been about children, and it hasn’t really been about vaccine,” she writes. “It’s about privileged parents and how they wish to view themselves,” she surmises:

Each and every anti-vax parent is privileged in having easy and inexpensive access to life saving vaccines. It is the sine qua non of the anti-vax movement. In a world where the underprivileged may trudge miles to the nearest clinic, desperate to save their babies from infectious scourges, nothing communicates the unbelievable wealth, ease and selfishness of modern American life like refusing the very same vaccines.

She’s not impressed with their in-your-face defiance of the overwhelming medical consensus in favor of vaccines: “Unfortunately, most anti-vax parents consider defiance of authority to be a source of pride, whether that defiance is objectively beneficial or not.”

And she’s not finished:

Anti-vax parents are anxious to see themselves in a positive light. They would almost certainly be horrified to find that others regard them as so incredibly privileged that they can’t even see their own privilege.

Anti-vaxxer thinking isn’t monolithic, even among parents. It stretches from free-choice based opposition to mandatory vaccines to those who will accept some, but not all of them, to absolutists who believe that all vaccines are bad all the time.

There are two schools of anti-vaxxer thought: the purely ideological and the quasi-medical claims where vaccines are considered either dangerous or unnecessary. But they’re both wrong.

One thought on “Who are the Anti-Vaxxers?”