For whatever it’s worth, Jeb may be more Hispanic than Elizabeth Warren is Native American 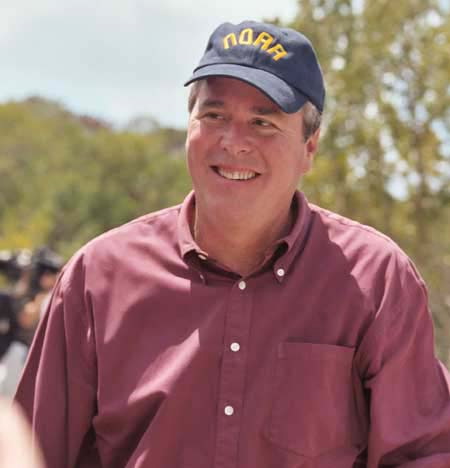 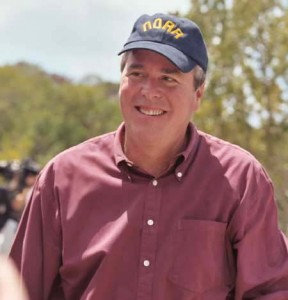 There are some major circumstantial differences (e.g. Jeb didn’t check a box to get a job or secure tenure) but they’re not the focus of this instant post.

What is? The fact that unlike Ms. Warren, Jeb might actually be able to document a connection, albeit distant, to a Hispanic ancestry.

A reader pointed this out and genealogy is fascinating: long story short, the Bush men are direct descendants of Anne Hutchinson (1591–1643), as was Franklin D. Roosevelt, btw. Hutchinson, the Puritan leader and mother of 15 who settled Rhode Island, was directly descended from a gentleman named Diego Gomez de Toledo. How? Anne was the great-great-granddaughter of Sir Walter leBlount, Baron of Mountjoy from Derbyshire, England, who married Sancha de Ayala Dona de Ayala (Gomez’s daughter)a descendant of King Alfonso VI of Castile, back in the 14th century.

Now, do I think that this gives Jeb a right to claim he’s Hispanic on a form? No, and I don’t think he’s making such a claim today.

I do think, if nothing else, it serves as an important reminder that our culture’s obsessive, often divisive focus on ethnic politics is a bit silly since such an approach steamrolls individual essence AND, as this brief genealogical journey reminds us, all humans beings are likely descendants of the same pair of anonymous prehistoric humanoid residents of Mesopotamia or Sub-Saharan Africa or something similar but extrapolated out on a regional model.

So why is Elizabeth Warren any more special than you, me, or anyone else? Even if she eventually finds a way to validate her tall tales? Answer: she’s not.

Don’t reduce yourselves to a checkable box, folks.

1 thought on “For whatever it’s worth, Jeb may be more Hispanic than Elizabeth Warren is Native American”