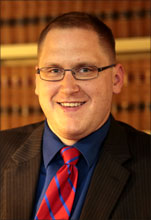 LD1 isn’t so much a race as a chase thus far in the Election 2015 cycle, Save Jerseyans.

The latest? Van Drew responded to allegations from Republicans that he’s a puppet master by… proving their point and talking for his candidates. Again.

Fiocchi and Sauro countered on Thursday by e-mailing Andrzejczak and Land with an early, strongly-worded debate challenge.

Check out their full e-mail below the fold:

We were encouraged to read yesterday’s story in PolitickerNJ.com and Senator Van Drew signaling his support for the two of you to engage with us on “public policy issues that deal with government.”
(Source: http://politickernj.com/2015/04/van-drew-isnt-pulling-any-strings-in-ld1/)

At our campaign kickoff we clearly stated that this campaign should notbe about personalities, but rather should focus on which team of candidates was better qualified to address South Jersey’s serious economic issues, and able to craft policies that can help to create more economic opportunity and jobs for local residents.

Based on our 80+ years of starting, growing and managing small businesses right here in South Jersey, we strongly believe that our qualifications and experience related to economic matters makes us the superior choice to represent the 1st Legislative District in Trenton.

We are sure you disagree.  That’s what campaigns are all about.

That’s why today we are urging you to accept our offer to publicly and frequently debate the public policy issues that Senator Van Drew referenced in his comments, and work with us immediately to make these public forums a reality.

This district is blessed to have qualified newspaper reporters and editorial boards, knowledgeable talk radio hosts, and leaders of respected civic organizations that would all be capable of hosting and moderating substantive debates between the four candidates running.

We are amendable to virtually any format, and are confident that those details can be worked out, so long as you are as willing as we are to make it happen.  To be blunt, our region is mired in double-digit unemployment and recent studies show that the quality of life for our children and families is suffering greatly.  There is no time to waste.  Frankly, waiting till the fall to debate key issues in public would be a cop-out, and cheat the good people of South Jersey an opportunity to hear our ideas and measure the candidates against one another outside the noise of 30-second ads and glossy mailers.

Senator Van Drew called for a debate on public policy issues.  We agree.  Let’s make it happen.  We look forward to your reply.  Please contact us personally at the numbers and/or email addresses below so the planning can begin.

cc: Members of the Press