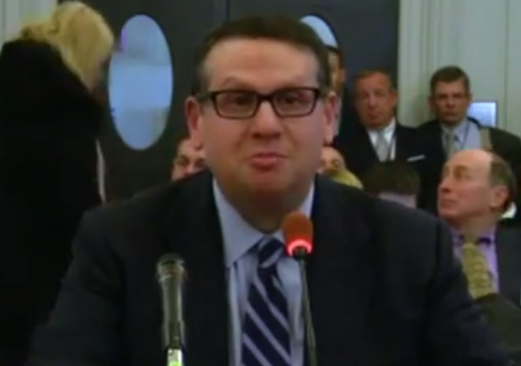 Is Bob Menendez about to get some company in federal court?

MSNBC’s Steve Kornacki thinks he **knows quite a bit ahead of Friday’s expected court appearance by David Wildstein:

What I know: Expectation is Wildstein plea deal tomorrow AM, followed by indictments of Kelly, Baroni and perhaps Stepien. *No* Samson tmrw

Okay. That’s not an entirely crazy prediction. But we don’t really know anything right now, Save Jerseyans, do we?

Except that Bloomberg news is confident enough to report that Wildstein, an alleged central figure in the Bridgegate scandal, will plead guilty to something in Newark federal court tomorrow. Let’s not lose sight of the fact that the media has seen indictments behind every bush and under every leaf pile for months; on one especially infamous occasion, Asm. Michael Patrick Carroll had to throw proverbial cold water all over the Bridgegate-obsessed Kornacki on national television. They want this SOOOO bad, folks, it’s unreal. To the point of rushing to judgment or simply willing indictments into existence.

It doesn’t work that way, or at least it shouldn’t.

And then there are those in the media who are ready to discredit the entire enterprise before we even know what it produced:

Almost half of the Bridgegate prosecutor's office are people appointed by Chris Christie – and many haven't recused: http://t.co/6q8fXeyi7o

Look: I’m not saying it’s NOT happening. I am saying, as our friend Art Gallagher pointed out today, the initial reports of a Thursday guilty plea were quickly retracted, and the AG’s office is not confirming a darn thing at the moment. We’ll know more bright-and-early tomorrow when Attorney General Fishman’s office notifies the media via e-mail of Friday’s planned proceedings.

Until then? Try to contain your excitement (or dread).