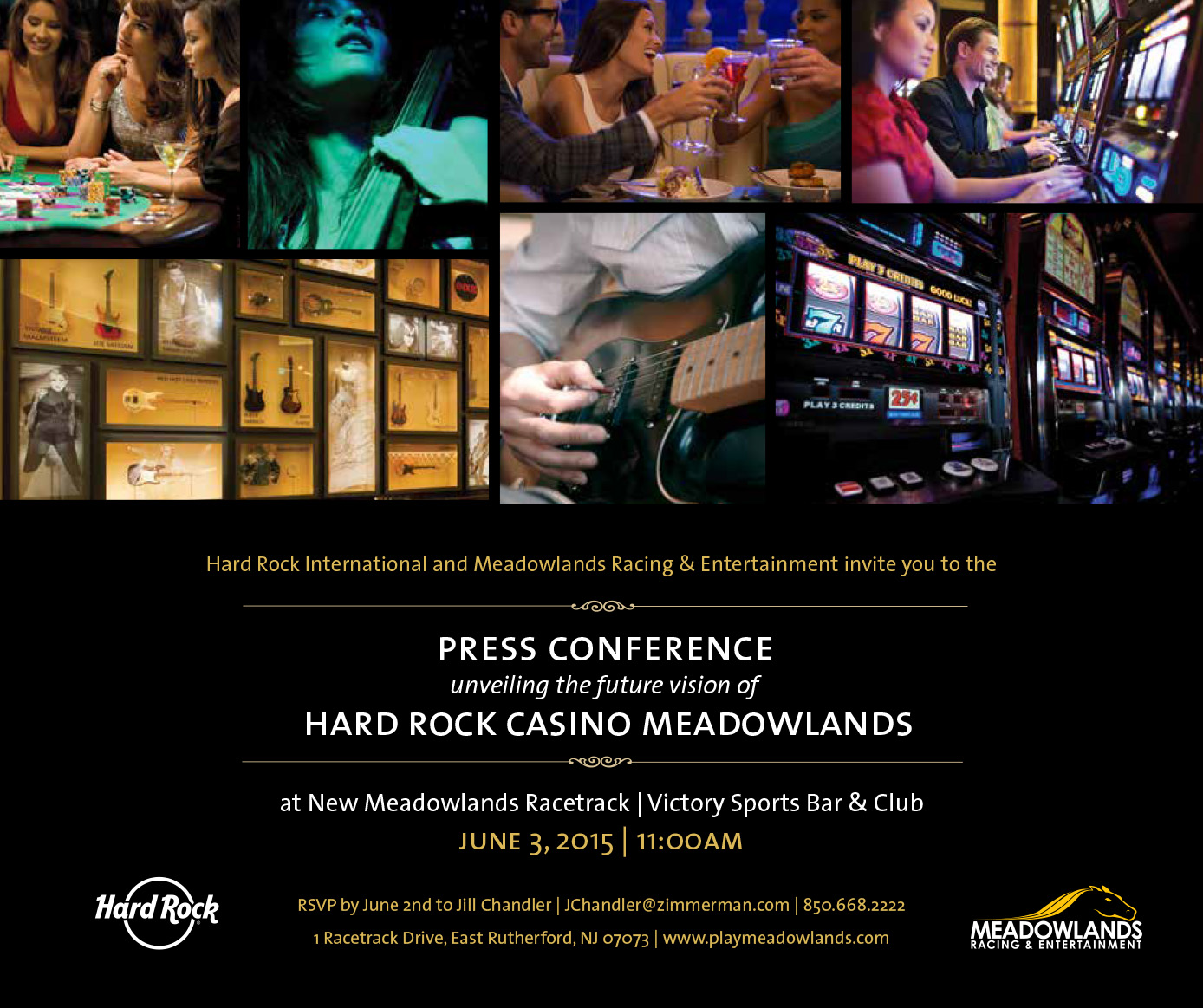 The race for legislative approval of North Jersey gaming will reach a new stage next week, Save Jerseyans, when representatives of Hard Rock and Meadowlands Racing & Entertainment detail their plans for a Hard Rock Casino at the Meadowlands.

The press conference is scheduled for Wednesday, June 3rd at 11:00 am at the New Meadowlands Racetrack Victory Sports Bar in East Rutherford. Jim Allen, the chairman of Hard Rock International, and Jeff Gural, chairman of Meadowlands Racing & Entertainment, are slated to lead the public pitch.

“New Jersey Casinos could generate more than $400 million in yearly revenue”  the media release boasts, “which could fund critical priorities, such as property tax relief for seniors and veterans’ programs, in addition to helping rebuild Atlantic City and create more than 10,000 jobs in the area.”

Governor Chris Christie and Senate President Steve Sweeney have considered holding a referendum on casino gambling but criticism of the proposal is surfacing in multiple quarters. North Jersey gaming is bitterly opposed by South Jersey Republicans in LD2 where casino expansion has emerged as the 2015 cycle’s top campaign issue.

A major concern of opponents beyond the fate of Atlantic City? The intersection of public policy and campaign finance, of course; Gural himself has donated thousands to N.J. politicians in recent years included Steve Sweeney.