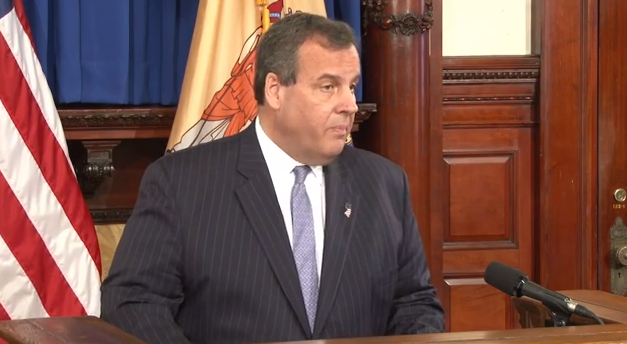 Four days ’til the presidential campaign launch in Livingston…

Governor Christie: I have been saying all along for six years that I wanted to cut taxes for the people of New Jersey. The Legislature has been unwilling at turn after turn to cut taxes for New Jersey, so my veto of the millionaire’s tax is a conditional veto, and the conditional veto is sending back to the Legislature for their concurrence I hope, an increase in the Earned Income Tax Credit from 20% to 30%, a 50% tax cut for the working families of New Jersey. This is something that those families need now more than ever. They need more money in their own pocket and less in the pockets of politicians for them to spend on their special interest friends here in Trenton, and so this will put us in line with New York’s State Earned Income Tax Credit at 30% and will allow the working families of our state to know that when I said I want to cut taxes for everyone I want to cut taxes for everyone. The Legislature is preventing me from cutting taxes for everyone but we’re now going to cut taxes for the working poor in this state and increase the Earned Income Tax Credit from 20% to 30%, something I’m both proud and happy to do and I hope that the Legislature will concur quickly in that so that working families in New Jersey will know that they’re going to have more money in their pocket to spend on their families and less money here in Trenton for politicians to spend.