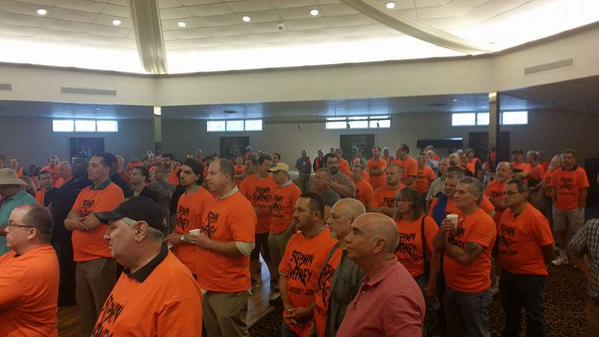 Despite plenty of roadblocks including an attempt by West Deptford’s municipal government to outlaw its membership’s protests, the effort to recall Senate President Steve Sweeney forged ahead on Saturday as a crowd of 200+ pro-Second Amendment New Jersey residents gathered at the Washington Banquet & Catering ballroom in Turnersville (Washington Township) for a “Day of Action.”