UPDATE: #2A activists move forward with attempt to recall Sweeney 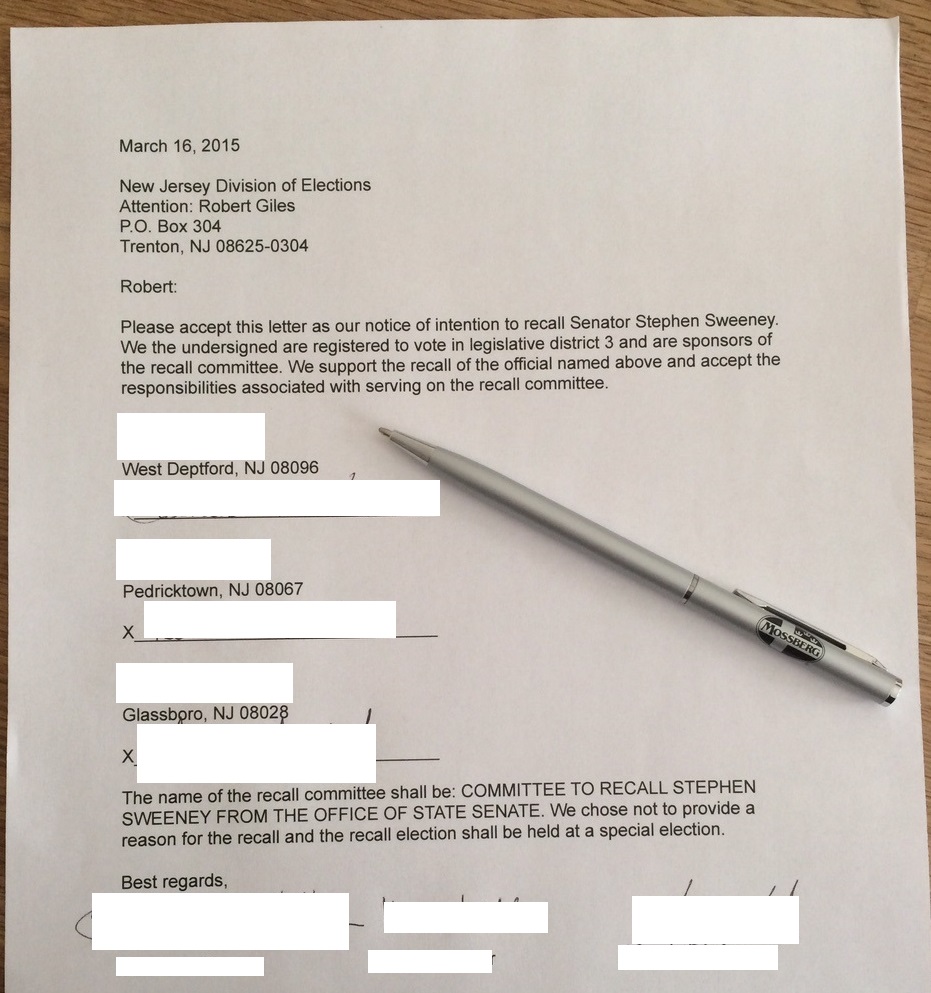 We first reported on this story exactly one year ago today, Save Jerseyans.

UPDATE: On Thursday, a group of #2A activists, advised by operatives who engineered the recall of Colorado’s State Senate President back in 2013, announced that they had formally filed notice with the New Jersey Division of Elections of their intent to recall Senate President Steve Sweeney (D-3).

“What brought us to this point? Continuous failed leadership for over 20 years. The good citizens of The Garden State have had enough,” the activists explained via their website, RecallSweeney.com. “Today the citizenry of NJ start to take back what is rightfully theirs. You are the taxpayers, the commuters, caring individuals, lovers of freedom and opportunity. You will no longer settle for oppression and decades of failed leadership. By the time you read this posting, know that.”

Sen. Sweeney’s relationship with sportsmen and Second Amendment enthusiasts soured post-2013 when the machine Democrat’s designs on a future gubernatorial bid led him to move far left of his rural district’s consensus on gun rights.

Recalling the powerful legislator won’t be easy; thousands of signatures need to be properly collected and filed in a relatively short amount of time. Specifically, after the filing of a notice of intention, the mandated (and massive) 25% LD3 signature requirement needs to be met within 160 days.

3 thoughts on “UPDATE: #2A activists move forward with attempt to recall Sweeney”