History is about to repeat itself. But what’s changed since 1994? 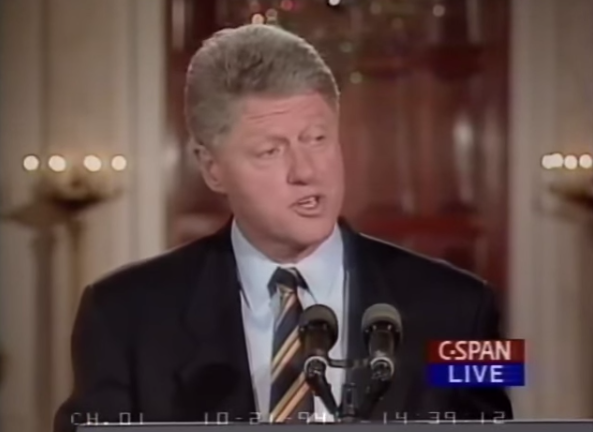 What never ceases to amaze me about modern liberalism, Save Jerseyans, more than anything else (and there’s PLENTY to make you wonder), is the extent to which its adherents cling to it even after it has repeatedly failed – spectacularly – over time.

I could, and have, given you a ponderous list of examples on the domestic and foreign policy fronts.

One example in particular looms large this Sunday on the eve of what looks like a new nuclear deal with Iran; I’m referring to President Bill Clinton’s 1994 nuclear agreement with North Korea, a process initiated by famous foreign policy lightweight Jimmy Carter:

North Korea has somewhere in the neighborhood of 10 nuclear weapons.

Here’s my open challenge: I’d like ONE liberal Obama supporter who frequents this blog, and I know you’re out there, to explain to me what’s different about Iran? In 2015?

We’ve been down this road.

Has human nature fundamentally changed? Is America’s geo-political position inexplicably stronger today than it was in the immediate aftermath of the Cold War? Was the then-supreme leader of North Korean any more trustworthy (or less bat shit crazy) than the incumbent supreme leader of Iran?

I’ll wait patiently but don’t take too long to come up with a satisfying response, liberal friends: the clock benefits the most destabilizing force in the Middle East.

3 thoughts on “History is about to repeat itself. But what’s changed since 1994?”