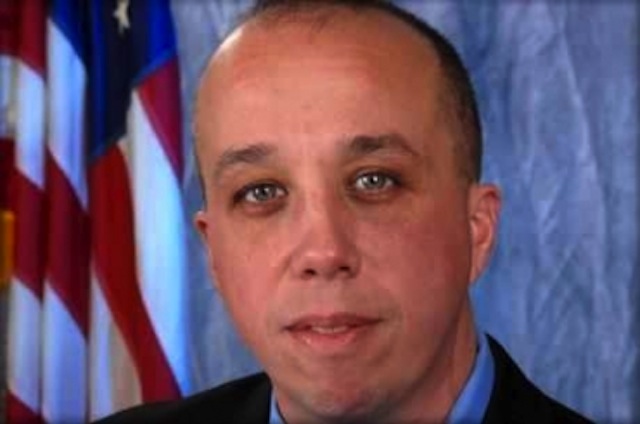 Many a decent idea has been railroaded by Garden State government and they’ve brought many a bad idea back from the dead. Here’s your collection for the week of August 10th, 2015:

Those of us who keep our fingers on the pulse of politics, either recreationally or for a living, are fond of pointing out all the ways politicians steal from taxpayers. Usually, there’s some elaborate money laundering or embezzlement scheme that’s intended to be too complicated to be caught. Fortunately, they’re almost never elaborate enough.

Former Bogota, NJ Mayor Tito Jackson, Jr. chose to do the honorable thing: he waited until he was out of office and then allegedly stole from a taxpayer directly. How? According to The Record, Jackson was charged with shoplifting at a Hackensack Stop & Shop after leaving the store with $433.59 worth of items in his cart he hadn’t paid for – after paying for $237.71.

According to the article, Jackson and his lawyer are now going with the “broken scanner” defense and trying to pass this off as nothing more than a massive grocery haul for his elderly mother:

An attorney representing Jackson, Nancy Lucianna, said Jackson is ‘completely innocent’ and that items that were not scanned were the result of a scanner malfunction. She said her client offered to pay for the items, which were for his ‘elderly mother,’ but that someone at the store called the police.”

It would all seem plausible, if it weren’t for the grandstanding over the confiscation of Jackson’s Borough of Bogota badge.

Police also said they confiscated a Borough of Bogota Mayor’s badge when one of the officers noticed it in Jackson’s wallet after the former mayor opened it to retrieve identification. Jackson did not display the badge and there are no charges related to it, Lloyd said. The police report says Jackson was told he would get the badge back if he is ‘able to provide his government-issued identification corresponding to the badge.'”

Lucianna’s calling the confiscation “nonsense” and suggesting this is all part of a smear campaign leads me to believe he and his camp protest too much, because this would be the smallest smear campaign in history, over the most petty alleged offense.

A Run Seat for Your Money

The lottery can be either the most banal, tame form of gambling or an extension of a horrible, destructive addiction. The fact that it’s used to fund several vital state government programs across the country more than justifies its occasional characterization as the “poor man’s tax.”

One thing we should probably not be doing, given that gambling can easily metastasize into a harmful habit, is enable those who can’t be troubled to make their way to the store or gas station to buy a ticket – and before anyone jumps down my throat about those who are unable to get themselves there, most of them can send caregivers, rather than have a courier deliver theirs.

The worst part about this news item is Assemblyman Ralph Caputo‘s (D-Essex) moronic equivocation of the lottery with necessities like “food, water, and clothing.”

“Many other goods — food, water, clothing and other items — are already delivered in order to make people’s lives easier. We have the means to add lottery tickets to that list, and it’s important to facilitate this convenience with guidelines that emphasize security and transparency,” Caputo said.

It’s passed in the state Senate 24-7 and the Assembly 54-20, so even a Christie veto might be overridden, but I really can’t stress enough how bad of an idea this is. There are many better ways to raise tax revenue than to cravenly support a compulsion best kept in moderation.

One note before I close: I apologize for last week’s hiatus, but I trust you all watched the debate. What did you Save Jerseyans think about the predictable, but still pretty fantastic Christie-Paul exchange? Watch again here if need be and let me know via the contact info or in the comments section below:

Got more Bad Business tips? Send them my way: tamerabourasmusic@gmail.com or on Twitter, @iamtamerabouras.