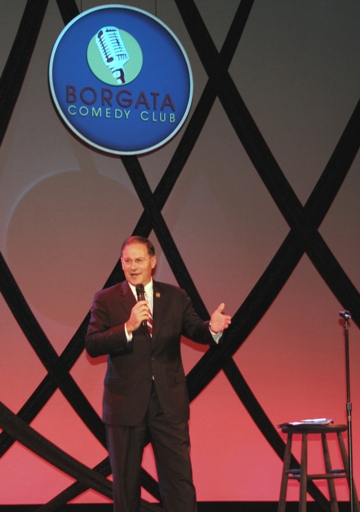 Assembly Republican Leader Jon Bramnick is renewing his request for 2015 legislative debates by calling on the media (again) to schedule them, Save Jerseyans.

“The state assembly plays a vital role as a policy making institution in New Jersey,” said Bramnick in a statement released Saturday morning. “I am requesting that our friends in the media schedule debates between Democratic and Republican leadership.”

“Debates should focus on policy issues including pensions, education funding, tax policy, and municipal consolidation,” he continued. “The public deserves the information and the media has the ability to hold these forums.”

Don’t plan on seeing any. In 2015 and beyond, New Jersey Democrats wisely plan to let their Super PACs do the talking for them.