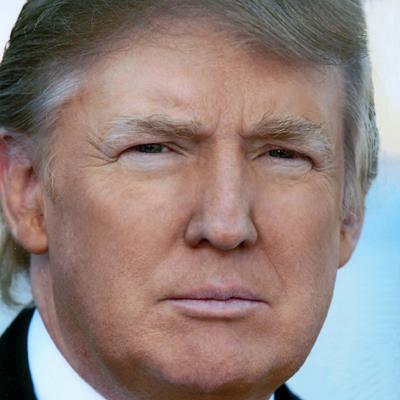 If The Donald said about my wife or daughters what he said about Megyn Kelly and other women, he’d be picking his teeth up from off the floor right about now. No man who claims to be a man tolerates the women in his life being abused. 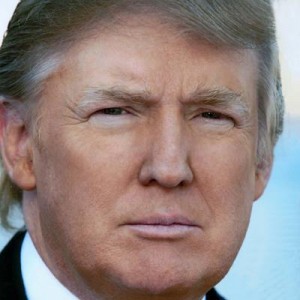 Him insisting that she apologize for putting him on the spot and calling him on behavior the likes of which caused Tony Soprano to go after Lupertazzi family soldier, Coco, to the point where he did indeed need dental care – “My daughter?” – is arrogant and conceited.  But what do you expect from a guy who, when it comes to nasty comments about looks, is a target-rich environment and who brags about using “the laws of this country” to chisel suckers in Atlantic City, which is what Atlantic City was designed to do.

Good manners, not political correctness, dictate that you keep your mouth shut about certain things.

Yeah, Donald Trump channels the anger of many in the Republican base. They feel dissed, betrayed, sold out and whatever I’m-not-getting-a-fair-shake angst there is to be felt. They see in Trump the answer to their prayers making them no different than progressives flocking to Bernie Sanders because they don’t trust Hillary Clinton and her train of baggage.

It’s an ideology that’s more poke in the eye or a knee between the legs of the power structure that they feel has done them wrong. In that, Trump is their salvation, but ask them for his policy positions and they haven’t a clue.

But The Donald is not the Second Coming, his god complex notwithstanding – he is not above reproach for his boorish behavior, immune from criticism for the legion of RINO sins he has committed and beyond the standards of behavior you damn well insist upon from the guy dating your daughter. And doubling down on being a jerk won’t make any of it go away.

I get it – there’s an excellent case to be made that The Donald monster was created by the Republican Party’s Dr. Frankenstein-like faithlessness to its base and what are supposed to be its principles. As Mollie Hemingway wrote:

In my less charitable moments, I also want to extend a giant middle finger to the Grand Old Party, which has defecated on its illustrious record from Lincoln to Reagan of rhetorical persuasion, kicking butt and getting stuff done, and become a party of officials who are in absolutely no way responding adequately to the size and scope of problems the country faces.”

No kidding and amen! But going Todd Akin on women and then whining about getting called on it only puts you in the same category of the Republican congressional leadership gang that not only doesn’t shoot straight, it doesn’t shoot at all – a pox on the both your houses.

Still, that’s no excuse to act like the bloodthirsty post-French Revolution Reign of Terror mob that foreshadowed not only the Trumpies, but also zealots in the remnants of the Tea Party, Occupy protestors, the #BlackLivesMatter movement and much of the left. Anger isn’t ideological – pissed-off hasn’t a political party.

I fully expect to see a Trumpie Madame Defarge with her knitting needles shouting “Off with their heads!” at the next Republican debate.

A word about Tea Partiers: Once I respected them and joined their ranks (also here and here), but now they remind me of a harping, soon-to-be ex-wife. Nag, bitch, whine, complain – you don’t pay enough attention to me, you’re unfair, you hate me, you broke your promise and the always popular borderline-personality take down, I hate you, don’t leave me.

Pathetic conspiracy theories proffered by people who can’t produce a shred of evidence aside from “geometric logic” to prove Fox News has it in for The Donald or that there was a duplicate key to the wardroom ice box:

Capt. Queeg would unquestionably be supporting Donald Trump – if he was real, that is. Trumpies have validated the theory that paranoia is better than no noia at all – but not by much (they’ll go crazy figuring out that one.)

Trump and crew resembles a scene out of Disney’s The Lion King:

Let’s follow the bad cat who feeds our egos at the moment. Never mind that we morph into a pack of self-destructive hyenas in the process.

But he’s ahead in the polls (or not) and unstoppable, they tell us. We heard the same thing at this stage of the primary-season game about former-Presidents Rudy Giuliani and Joe Lieberman, so there’s that.

American political history is filled with characters like The Donald, with none of them ending up in a good place. Ask the ghosts of the real Huey P. Long who teased the masses with “every man a king” and the fictional Howard Beale who told us to be “mad as hell.” When you sow a wind, don’t be surprised that you end up reaping a whirlwind that will send you to a dentist for a proverbial new set of choppers.

8 thoughts on “If the Donald said that about my wife? I’d punch out his lights!”