Christie nails it: Hillary’s arrogant “apology” is no apology at all… and it will doom her

When the Bridgegate scandal first hit the fan, Save Jerseyans, Governor Chris Christie wasted no time in heading out in front of the cameras for a marathon press conference that will go down in the annals of public relations history as one of the finest examples of crisis management in modern U.S. politics.

His problems certainly didn’t end on January 9, 2014. Not even close. But I still believe that single act spared him a worse fate like a resignation in disgrace.

Having stared political death in the eye and survived, the Governor is likely the best person to explain what Hillary Clinton has so badly screwed up in her handling of the ever-worsening #emailgate scandal.

“It doesn’t matter, she won’t answer questions and she won’t tell the truth. The fact is that’s what she needs to do first,” explained Christie on a Tuesday morning Fox News appearance (click here to watch the full interview). “Three questions she needs to answer and I am going to continue to ask her these. Why did you have a private e-mail server to begin with? Second, if you had a private email server, why were you doing official business over it, and not a private e-mail server that was totally outside the government not available to anyone? Third, why were you having classified, top secret stuff on that email server which could be hacked by the Russians, the Chinese, or some 18 year old kids that are looking to have fun? She won’t answer any of those questions. She thinks her choice was not a good one.”

There you have it. Hilldawg’s possibly fatal mistake in a nut shell, folks.

When Chris Christie’s hide was on the line, he acted in a way that provided a stark contrast to the status quo. We’re used to politicians issuing lawyerly-sounding statements, shifting blame, and changing their stories when a scandal hits home. At least initially, Christie stood in front of the public, accepted resignations, and said “Hey, here I am, nothing to hide, ask what you want for two fill hours.” It was the 24-hour news cycle version of Nixon’s famous Checkers speech. And it saved him. 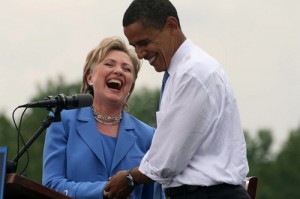 Hillary? The complete opposite approach has yielded predictably disastrous results.

She dodged questions for months only to surface at the 11th hour, as her Democrat primary opponents gain strength, to as Christie so eloquently put it “apologize for people not understanding” her lies. The circumstances make her look desperate and guilty. The Pelosi/Barack Obamacare “you just don’t get it” argument makes her seem out-of-touch, a perception the aging (and very rich) career politician’s handlers are desperately trying to avoid reinforcing. Now the damage is done, and the only real question is whether a senior party leader like Joe Biden is willing to step up to the plate and retire her once and for all before the party blows 2016.

It was an avoidable dilemma for Hilldawg but liars who make a career out of lying often have trouble getting out of their own way. This is only the most dramatic contemporary example. She is undeserving of our pity or our forgiveness especially since she hasn’t technically asked for it or taken responsibility for anything other than being smarter than the plebes she wants to rule.

4 thoughts on “Christie nails it: Hillary’s arrogant “apology” is no apology at all… and it will doom her”