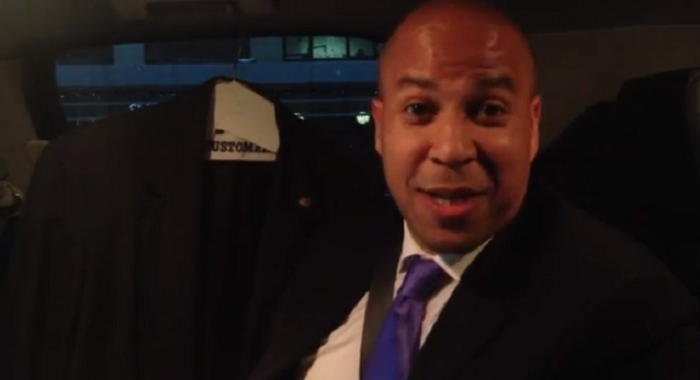 You can’t make this stuff up, Save Jerseyans.

In case you haven’t been paying attention, Sen. Cory Booker (D-Twitter) has long drug his feet and refused to stake out a firm position on President Obama’s disastrous Iran deal. It’s clearly the most important vote he’ll cast in his first term and yet, for some unspecified reason, he couldn’t make up his damn mind…

Until Thursday, telling the media in a statement that “it is better to support a deeply flawed deal, for the alternative is worse.”

Why is the timing significant?

A mere 24-hours before Booker’s “big” announcement, Sen. Barbara Mikulski of Maryland confirmed her support for the deal, bringing the number of senators to 34, the necessary amount to sustain the President’s veto in the GOP (nominally) controlled U.S. Senate. So Booker endorsed a deal only after it was clear that the deal was safe. Another profile in courage!

Of course, we’ve seen Newark’s ex-tweeter wimp out before under Administration pressure before, folks, but this takes the cake…