Trump needles Christie over RNC pledge: “You don’t have to be met when you’re at 2%” 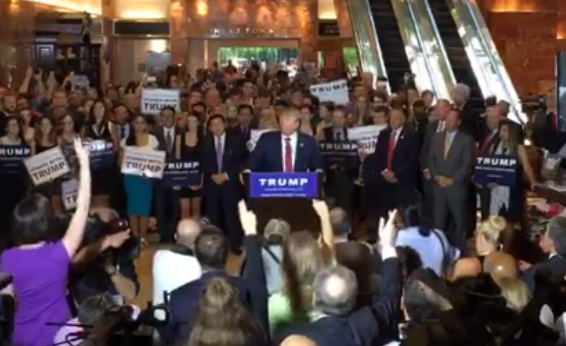 Governor Christie has been going hard(er) after Donald Trump and Jeb Bush in his recent media appearances, Save Jerseyans. On Thursday, however, he offered a verbal shrug when asked why he hadn’t signed much-discussed RNC candidate pledge.

Donald Trump offered his own explanation at his afternoon press conference (not long after the 4:00 minute mark): “You don’t have to be met when you’re at 2%.”

“It’s one of those things. That’s the way life works,” the Donald added as the press enjoyed a cheap chuckle. “And I like Governor Christie, by the way.”

Gov. Christie is tied with Kasich and Paul at 2% nationally in the latest Monmouth poll.

Btw – does Trump’s pledge decision impact your opinion of his candidacy?

3 thoughts on “Trump needles Christie over RNC pledge: “You don’t have to be met when you’re at 2%””